You are here: Home / artist to artist / Elizabeth Graver: How Does Place Impact Your Art? 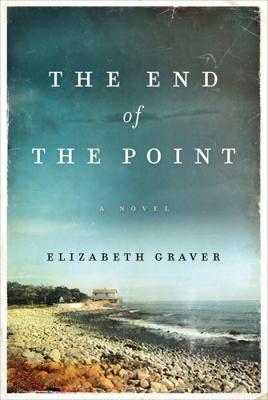 In art, “place” may be more than a setting. Place may inspire a work, be transformed by the work, be its centerpiece, even serve as its protagonist.

We’ve been asking artists questions about their lives and work, and we asked novelist Elizabeth Graver, whose new novel The End of the Point is centered around the (fictional) Ashaunt Point in Massachusetts: How does place impact your art?

In her 1956 essay, “Place in Fiction,” Eudora Welty writes about the underlying bond that connects all of the arts with place: “All [the arts] celebrate its mystery. Where does this mystery lie? Is it in the fact that place has a more lasting identity than we have?” 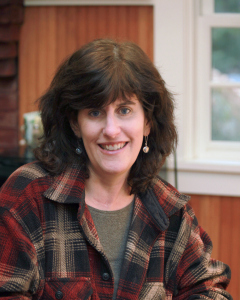 The setting of my new novel, The End of the Point — a fictional two mile spit of land on Massachusetts’ Buzzards Bay — does indeed have a more lasting identity than its people. I begin the book with a land transfer from the Wampanoag Indians to the Colonists in 1652 and end it in 1999, when a summer community is under some threat from human and natural forces alike. Place in my novel is a kind of central character — the rocks, the paths, the land in nature and outside of it. People in The End of the Point beg, borrow, steal, gift, set ablaze, mythologize, tear down, reject and love their rocky, windswept little jut of land.

I ended my novel in 1999 because the year felt like a way to mark a time before: Before the century turned, of course, and before 9/11, but also before the rapid acceleration that marks our 21st-century and that I view as having a profound impact our sense of place. We live in a staggeringly mobile age, where place is increasingly as much virtual as real. These crossings bring many gifts and possibilities, but they may also carry a danger of rootlessness, of disembodiment, of an “everywhere” that is, paradoxically, neither here nor there.

My novel’s four main sections take place in 1942, the 1950’s and 60’s, 1970, and 1999. People communicate with each other and themselves in the most material ways – with telegrams, letters, diaries, a message in a bottle. No one has a cell phone. When the characters are alone, they are truly alone. When they talk, they, well, talk (understanding each other is another thing, plus ça change).

What, I wonder, would Welty make of where we are now, roaming the internet on our warming planet, where actual, physical place as we know it may well not have a lasting identity, at least if we don’t radically change course? The title The End of the Point carries a double meaning – “end” as in furthest point on a peninsula, “end” as in demise. In my book, I celebrate the “there-ness” of a beloved place, even as the second meaning, the demise, hovers just outside the margin, too close to home.

Read a review of The End of the Point in the Boston Globe, which calls the author “master chronicler of the ever-spiraling human comedy.”

Elizabeth Graver is the author of The End of the Point, as well as three other novels: Awake, The Honey Thief, and Unravelling. Her short story collection, Have You Seen Me?, won the 1991 Drue Heinz Literature Prize. Her work has been anthologized in Best American Short Stories (1991, 2001); Prize Stories: The O. Henry Awards (1994, 1996, 2001), The Pushcart Prize Anthology (2001), and Best American Essays (1998). Graver’s story “The Mourning Door” was award the Cohen Prize from Ploughshares magazine. The mother of two daughters, Elizabeth Graver teaches English and Creative Writing at Boston College.

Read Part II of “How Does Place Impact Your Art?” featuring responses from artists in a range of disciplines.