You are here: Home / artist voices / David Adjmi, on a roll

Marie Antoinette, David Adjmi’s play about the controversial figure whose misfortune it was to be queen during the French Revolution (the production’s tagline is “Heads Will Roll”), has its world premiere at A.R.T. in Cambridge on Sept. 1, 2012 (co-produced by Yale Repertory Theatre).

The playwright is indeed on a roll: he premiered the play 3C this summer (to both accolades and controversy), has upcoming premieres in Cambridge and New Haven, and is writing a book – all with (if this nanointerview is any indication) a guillotine-sharp wit.

Can you articulate a through-line between the subjects you’re drawn to – Marie Antoinette, a ’70s sitcom, the Syrian Jewish community, etc.?
To quote Roland Barthes: one cluster of signifiers is as good as another. In other words I don’t place value judgments on – nor do I over-think – the surface content – I always let it lead me to the deeper structures. But I usually write about incredibly neurotic, lost souls trying to find a compass for their lives with varying degrees of success.

Whereas you would let them eat… (in lieu of cake)?
Brisket

What artist(s) do you most admire but work nothing like?
Gerhard Richter is incredible. So is Anne Theresa de Keersmaker. In terms of theatre, I love the detailed naturalism of some of Kenny Lonergan’s plays – which is nothing like what I do but I so admire it.

What’s the best/worst day job you’ve ever had?
Oh god. I once temped for this woman in her creepy home office in an apartment on the upper east side. She made me go into a bedroom and “correct the font” on some document. Of course I could not correct the font as it was designed by a font designer and I am not a font designer so she had me repeatedly re-type the document and print it out for her to examine. She would make me do it over again and again – it went on for weeks on end. That was hell. My best was a temp gig for a large financial firm – they set me down at a desk and told me someone would be over shortly with instructions. No one ever came – shortly – or ever. I was paid very well to sit at that desk for four months and do my work.

What’s the most surprising response to your art you’ve ever received?
A woman once vomited in her seat during a production of my play The Evildoers at Yale Rep. During Stunning, the actors were heckled and screamed at during a performance and had to be escorted out of the theatre. One man told me he’d seen a production of one of my plays and told his friend he would never again attend a theatrical production as long as he lived. My work can be polarizing. :%

In a paint ball battle between actors and playwrights, who wins?
Playwrights have strategy, actors have aim.

Computer, longhand, or typewriter?
Longhand to start, then computer, then longhand on the printout and so on.

What films have influenced you as an artist?
I’m obsessed with Fassbinder.

What are you currently reading?
My crappy rewrites. 🙁

What’s next?
I’m writing a book for HarperCollins. 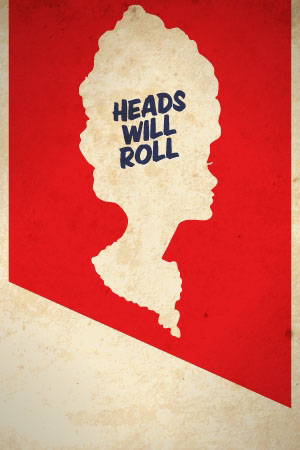 David Adjmi’s plays (including Elective Affinities, Stunning, The Evildoers, 3C, Caligula, and Strange Attractors) have been produced the Royal Court, Woolly Mammoth, Rattlestick Playwrights Theater, Yale Rep, and elsewhere. Honors include a Guggenheim Fellowship, a Whiting Writers’ Award, a Steinberg Playwright Award, and many other awards, fellowships, and residencies. A collection of David’s work, Stunning and Other Plays, is published by TCG, and he is currently writing a memoir for Harper Collins.