You are here: Home / call to artists / Dangling Artist Opportunities 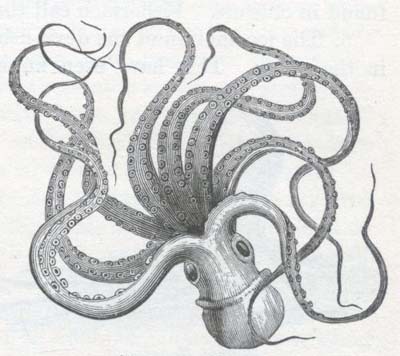 Don’t be a sucker. Voter registration for the Presidential Primary is February 15, 2012. Learn how to become a registered voter.

Request for Lens-Based/Photographic Media Artist Proposals Atlanta Celebrates Photography is now accepting proposals for their annual October festival. Your project must involve lens-based or photographic media as an integral part of the piece (this includes images and/or video captured by a lens, or media in which light sensitivity is a primary element of the material, or re-imagining the uses of photography, or possibilities of imagery made with light). Learn more.
Deadline: February 12, 2012

Watercolorists The New England Watercolor Society is now accepting entries for their 13th Biennial North American Open Show. This exhibition will be held at the Attleboro Arts Museum from April 19 – May 12. Learn more.
Deadline: February 15, 2012

Call to Artists BAAD! Out Like That! Festival (June, 2012, The Bronx, New York) – The Bronx Academy of Arts and Dance seeks works in all performance disciplines, film, and visual art that are empowering to women, people of color, and the LGBT community. Learn more. Questions: rice-gonzalez@usa.net.
Deadline: February 24, 2012

Filmmakers and Video Artists The Migrating Forms Festival of Film and Video (May 11-20, 2012, Brooklyn, NY)  is now accepting entries. They are looking for innovative films and videos across genres, including work that may not find other screening opportunities because of its content, length, or hybrid nature. Filmmakers working within or against experimental, documentary, or avant-garde traditions are encouraged to submit. Learn more. Questions: info@migratingforms.org.
Deadline: March 1, 2012

Call for Visual Artists The Cultural Center of Cape Cod is now accepting submissions for its May exhibition Bloomin’ Arts. Art in many media will be considered: paintings, photographs, fabric art, glass art, sculpture, assemblage, etc. All subjects will be considered, but art depicting flowers is not sought. Learn more. Questions: 508-394-7100, lwolkculturalccc@verizon.net or bnashculturalccc@verizon.net.
Deadline: March 1, 2012

Photographers The Griffin Museum of Photography is now accepting entries for their 18th Juried Exhibition. This year’s juror is Paul Kopeikin of Kopeikin Gallery. Awards include the $1,000 Arthur Griffin Legacy Award and a $500 Griffin Award. The Griffin encourages submitting images from a singular body of work for a cohesive selection for the juried exhibition. Learn more.
Deadline: March 31, 2012

Women Filmmakers Entries are now being accepted to the Citizen Jane Film Festival (October 19-21, 2012, Columbia, MO) . The festival is intended to tackle head-on, the gross under-representation of women in the film industry. All entries must be directed or co-directed by women. Learn more. Questions: kerri@citizenjanefilm.org.
Deadline: April 6, 2012

Ceramic Sculpture, Installation, New Media The Coconino Center for the Arts is now accepting entries for the exhibition Across the Divide. Artists are encouraged to submit work that pushes traditional boundaries of the ceramic medium in its treatment of material and subject. All forms of ceramic sculpture, installation, and new media work are eligible. Works should have some ceramic component and can range in scale from handheld to monumental. Learn more.
Deadline: April 6, 2012