Musician Leah Hennessy is curating a new collaborative art and music series at the Lilypad in Cambridge, MA. The series In Response pairs local emerging artists and musicians by sharing their existing works, notebook sketches and demo recordings with each other.

In Response opens on April 21st, with the photography of Kelly Burgess and the music of Americana duo Ari and Mia Friedman. April 28th will feature painter Kristin Texeria and Hennessy’s own avant-pop/improvisational trio, talk.listen.door. On May 5th, Andrea Santos will present a new installation of drawings with the experimental and early music influenced duo, Beautiful Weekend. The final pairing will appear May 12th and feature the work of animator/artist Corey Corcoran and the neo-soul sounds of songwriter Kim Mayo. 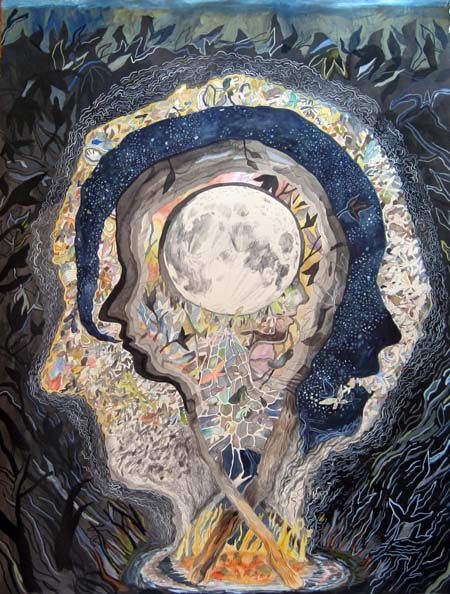 Organizing In Response is like being a a) captain of a battleship, b) a beekeeper without a net, or c) elementary school teacher?
I think for this show, it’s definitely closer to being an elementary school teacher. Although, I am a part-time elementary school music teacher at Conservatory Lab Charter School in Brighton, so perhaps that’s why the connections are so apparent to me. As a teacher, you are the guide for the learning process, it’s part of your role to observe, pose questions, and help draw out connections. With In Response, I wanted artists and musicians to engage in an artistic process together, so I had a set of connections that formed my rationale for making these pairings. Then it was a matter of presenting these connections to each pairing as a sort of “jumping off” place, and helping them set up a framework for sharing their ideas. As I have watched each “show” progress, it’s been exciting to see what new connections have emerged, and to watch the artists/musicians make new connections for themselves. Similarly, as a teacher, you need to have several different ways of posing a single question in order to have all of the students arrive at the same conclusion. I think it’s the same for a curator, you need to have multiple entry points for your audience, and while they might not all leave with the same experience, perhaps they will understand the overarching ideas that framed the show. Finally, in both roles, you need to be extremely organized!

What is the most misunderstood aspect of being a curator?
Coming from a musicians perspective, curating a show is significantly different from booking a show. That’s not to say that someone booking a show cannot also be curating that experience. When you see a great concert, part of what makes it great is how the different musical acts or works were grouped, how the evening unfolds and how the sounds are related to one another. When that’s done well, it takes a lot of thinking (and sometimes writing) on the part of the curator. Then with this show, I also had to learn how to facilitate the work, specifically how to aid my artists and musicians in working with one another, while also giving them space to consider another’s work and draw their own associations.  There are also millions of other little details to coordinate, from the right logo design (thank you Jess and Martha at JSGD!) to how the chairs are set up in the venue, and whether you’re going to need more nails, and where you should put your postcards so that they don’t get tossed the minute you walk away. 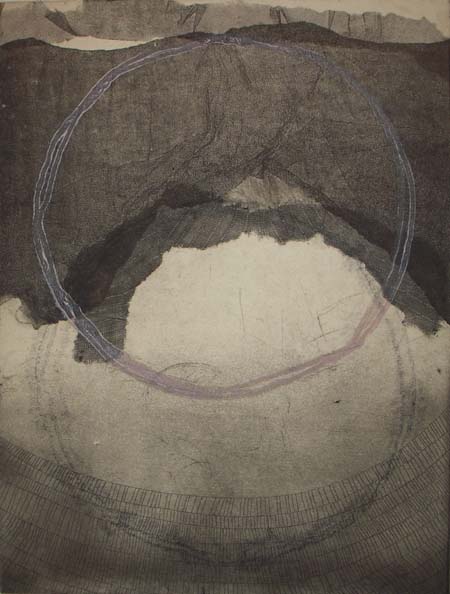 Share a surprise twist in the Leah Hennessy story.
I’m a Southerner, born and raised in Charleston, SC, and I don’t have an accent. That always seems surprising to people up here. Someday, I’ll leave the frozen banks of the Charles for the balmier winds of some place with gigantic oak trees, and people who know that the plural of ‘y’all’ is ‘all y’all’. Maybe it’ll be New Orleans. It would be kind of amazing to curate something with Mardi Gras Indian costumes.

What are you currently reading?
I’ve been reading Infinite Jest, David Foster Wallace’s massive master work, for easily the last 6 months or so. I’m just over halfway through, but I am quite convinced that it could be the best thing that I have ever read. Take the filmography of James O. Incandenza; each little synopsis so vivid and perfectly detailed as to make you think that these were all actually made. And that’s just part of the footnotes!

How did In Response come to be?
I’m very interested in how different artistic disciplines inform one another, and about the ways in which concepts or trends appear in differing art forms. I had previously produced an event at Club OBERON called resonate! that brought emerging artists, musicians, and filmmakers together in an effort to grow audiences and build community. Afterwards, I decided that I wanted my next project to bring those different disciplines into a closer dialogue. At the time I was a graduate student in Contemporary Improvisation at New England Conservatory, and I wrote a grant proposal for the student grants program that is a part of the Entrepreneurial Musicianship department (resonate! was also funded through the same program). The ideas in the approved proposal really changed and grew post-graduation, when I was somewhat removed from that community, and being able to constantly observe the work of your peers, and exchange ideas with them. I began using text from the authors and poets that I was reading to create new music. I was thinking about how text can shape sound, how sound can evoke color, and I knew what I wanted this project to be.

I’ve had the great opportunity to expose myself to many of Boston’s emerging artists, and I am excited to pair the four visual artists in our series with four emerging and very creative musical acts. In Response challenges these pairs to explore how input from other disciplines can shape their work. 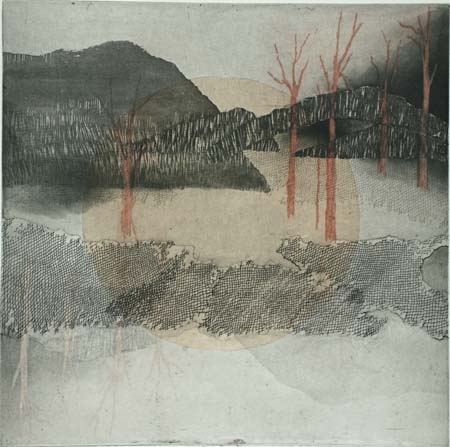 What excites you about being a curator?
Being a curator gives me a way of uniting my interests and passions. It encourages me to look closely and to think in abstract ways about the connective threads between pieces of art. Nothing has delighted me more than the new connections I’ve been making as these artists and musicians have been working together. There were commonalities, thematic and textural, that led me to the initial pairings, but it’s made the whole experience so much richer for me to find more connections relating to process and intent. It’s also just a real joy to bring people together to share work and ideas…and snacks. We should always be sharing snacks.

Who wins a friendly arm wrestling contest, artists or musicians?
I would say musicians, on the grounds that they may have built up some arm strength lugging lots heavy gear to and from shows. However, if we’re not talking those types of musicians, say you play a ukelele or have a roadie, then all bets are off.

The unauthorized biography of your life is titled:
Where Are My Keys? and Other Things I Might Have Lost Today