You are here: Home / artist voices / Cur8or: Kirun Kapur and Dawne Shand of the Tannery Series 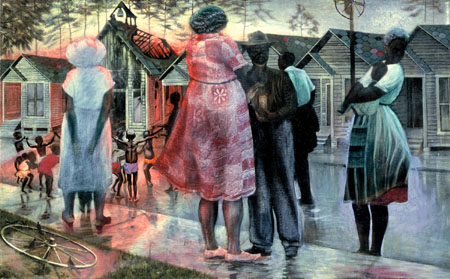 Kirun Kapur and Dawne Shand created the Tannery Series three years ago to “(bring) authors to the North Shore whose writing confronts the world in essential and curious ways.”

This week (6/20, 6:30 PM), they’ll host writers Jerald Walker and Tisa Bryant at the Peabody Essex Museum in Salem. The writers will perform in an event in conjunction with PEM’s latest exhibit, In Conversation: Modern African American Art, which showcases the art of America’s most dramatic period of social change.

The event, called IndiVisible: We the People in Black, White and Gray, also features the music of innovative soul and jazz musician Diggs Duke.

We asked Kirun and Dawne, directors of the Tannery Series (and thus curators of sorts), our Cur8or eight questions. 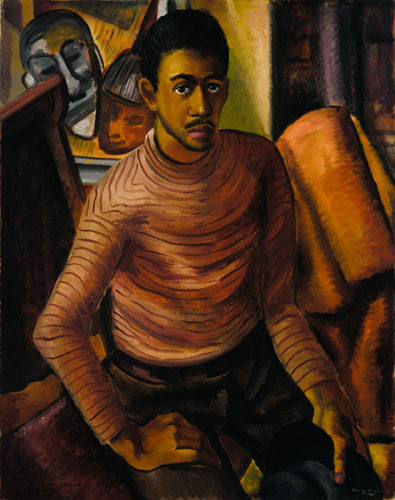 1. Do you see your event as being in conversation with In Conversation?
Yes. When The Tannery Series partners with PEM, we like to say the art on the wall meets the word on the page – though, truthfully, at all of our events, we strive to connect writers, readers and community members to broader cultural conversations. We always feature writers whose work expands our sense of the world and we’re excited to talk with people about why these books are beautiful and why they matter. The PEM’s groundbreaking exhibit, In Conversation, is the first major retrospective of 20th century African American Art in New England. It’s the perfect opportunity to have a conversation about the centrality of the African American art and artfulness to the American experience.

2. What’s behind the distinctly multi-disciplinary flavor of IndiVisible?
IndiVisible is a celebration of the African-American community’s incomparably vast and varied creative output. By incorporating art, literature and music in one evening, we have the opportunity to see the many ways in which Black culture is American culture.

When we first began talking about this collaboration, one of our partners at PEM remarked that often people’s first entryway into the concepts that gallery exhibitions address isn’t art – but books. We’d argue that’s true for music, too. Each mode of expression provides a different path into the exhibition and its questions of identity, personal freedom, social struggle and creativity. The names of the artists in the gallery may be unfamiliar, but their rendering of the human experience will not be. The writers, Tisa Bryant and Jerald Walker, expand on these themes, innovating on the page in dazzling, unexpected ways. And the musician Diggs Duke is creating a soul and jazz fusion that will sound both familiar and completely new.

Plus… all our events are slightly nerdy parties — and a party has to swing.

4. What’s the most surprising response to a Tannery Series event you’ve ever had?
The day after an event, people often stop us on the street to say, “I had never been to a reading before, but…” And then they proceed to talk animatedly about a book or an author. Once, a man almost caused a traffic accident wanting to discuss a poem about high-heeled shoes. It happens fairly often, but it’s always a wonderful surprise.

5. What’s the most memorable thing any of your writers have said (or done) in a past Tannery Series event?
That can’t be reprinted here! We’ll just say that the event was entitled “Love, Lust and Loathing.” You’ll have to use your imagination, folks.

7. Have you ever been mistaken for actual leather tanners? (Be honest, now…)
Um, yes… see question 5.

8. Finish this statement: “I, esteemed member of the audience, should never, ever miss another Tannery Series event because…”
Sharon Olds, Paul Harding, Steve Almond, Major Jackson, Peter Guralnick (and if you need more reasons, see question 5) 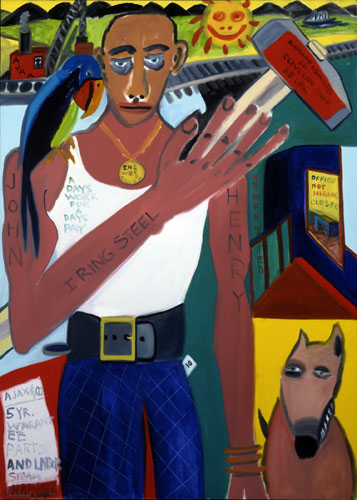