The New Art Center in Newton wants you to curate its upcoming exhibition. Through the Curatorial Opportunity Program, established or first-time curators can propose a group exhibition and, if selected, receive a $1000 stipend, along with space, infrastructure, and support.

We asked the curators, both working artists as well, our eight Cur8or questions, and here, they share insights into an upside-down experience. 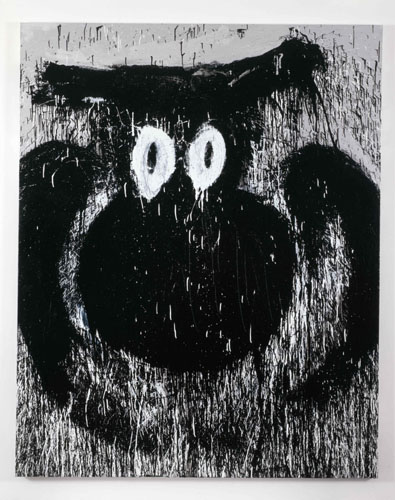 Which way is Upsodown?
Kate: Upsodown is every which way! We always conceived of the show as being about the transformative power of the carnival, but until we had the title Upsodown the concept did not fully solidify. I think stepping back from a literal idea of Carnival and realizing the broader implications of the theme we were exploring was liberating. My mother is an English professor, and to her the original curatorial essay brought to mind Chaucer and his phrase “upsodoun” from the Canterbury tales. Thanks, Mom!

Being the curator is like being the a) parade float director, b) unicorn tamer, c) sorcerer’s editor, or d) cocoon designer (and landlord).
Kate: All of the above, but in the case of Upsodown, especially the first! It felt like it was Christmas day when all the art finally arrived at the NAC and we unpacked all the huge boxes and saw that yes, in reality, there were all kinds of amazing conversations happening between the pieces, which we had hoped and suspected would be the case. 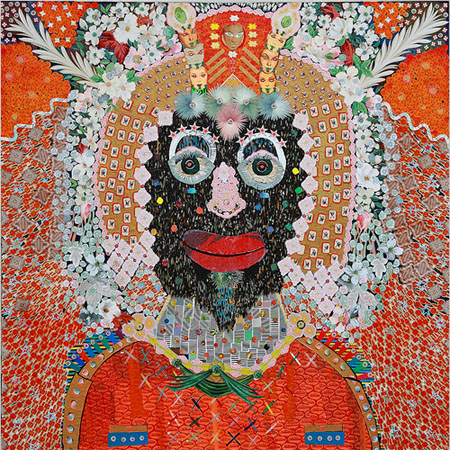 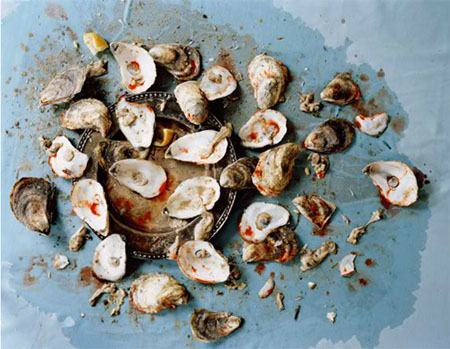 What’s the most surprising response to your work you’ve ever had?
Kate: I have done quite a few commissioned portraits, so I often get very emotional personal responses, which is powerful, and very gratifying to me. And I have had similar responses to my non-commissioned work, which is usually figurative and often narrative. Some people have connected intensely to my paintings because they evoke an important memory or dream. My work seems to be very popular with therapists for some reason!

AJ: I have gotten several responses to my drawings from people who think I’m involved with the occult. At one show, a guy gave me a book of magical spells and an invitation to some kind astral travel group. 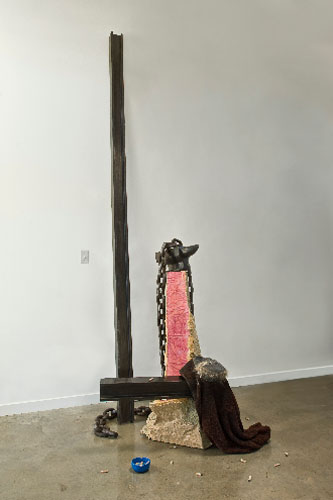 The unauthorized biography of your life is titled:
Kate: The Awakening? Ha. This was a very important and formative book for me (The Awakening, by Kate Chopin), and was one of the things that sparked my interest in the New Orleans area. And I would have to say that’s as good a title as any, for my life so far!

AJ: The Man Who Ate His Own Head.

Share a surprise twist in the AJ Liberto/Kate True story.
Kate: We met at an art auction a few years ago, where we quickly realized that our tastes were pretty different! But it was the beginning of a long and fruitful conversation about what we think is good, and important, and awesome, in art. Our divergent backgrounds and sensibilities add to our strength as a curatorial team (this is our second project together, our first was Shame/Less at the FPAC Gallery in 2012), because it means that only the strongest work will be what we both agree on and love. 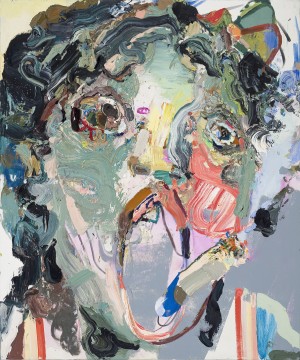 What is the most misunderstood aspect of being a curator?
Kate: Being a curator is not about just selecting the work, or asking artists to make work, or putting out a call for work, or doing the administrative work of putting the show together. The important and exciting part about curating is that it’s like tuning a radio in to certain cultural frequencies, and picking up on and highlighting connections and conversations that are already happening, then gathering these connections and working with them until an underlying theme, or way to frame the connections, becomes apparent. It is through this framework that the themes can be made visitable to a greater audience. If your own work is already part of the conversation, you will be that much more tuned in to these connections.

Complete this sentence: As an artist, curatorial work gives me…
Kate: … a way to unify my ideas and passions, a frame of reference through which to better understand compelling ideas and cultural moments. I think artists make good curators because we do not necessarily come from an academic viewpoint, and may not know conventional curatorial practices, and so may be more open to experimentation, play, free association. The other thing I love about curatorial work is the chance to step back from my studio, connect with other artists and the public, and to think and write about the transformative power of art.

Share a formative carnival experience.
Kate: I have never been to Carnival, Mardi Gras, or anything closer to it than the Champlain Valley Fair, in Vermont, where I grew up! So “carnival” to me does not recall any particular memories, it’s open to interpretation. I’ve always had a fascination with the South, and New Orleans in particular, I think since I learned the history of the Acadians, first kicked out of France and then kicked out of the Maritimes. The history of Louisiana is the history of America, in a nutshell, the best and worst of it, and this is one of the reasons I find Colescott’s Ponchartrain so beautiful and disturbing and compelling.

Upsodown, curated by Kate True and AJ Liberto, is in the Main Gallery at New Art Center in Newton through February 22, 2013. The next deadline for submissions to the NAC’s Curatorial Opportunity Program is April 1, 2013.