There’s no stopping time or tide. Yes, the beloved Herring Cove Bathhouse in Provincetown, MA,  has seen its last ill-fitting bikini. Or has it? Proposals are now being accepted for the 10 Days of Art 2012 Festival, a multi-media exhibition at the Herring Cove Beach Bathhouse in the Cape Cod National Seashore. Before the Bathhouse is torn down and the ocean moves up the beach’s shoreline, Ten Days That Shook the World: the Centennial Decade will take place September 28 to October 7, 2012.  The project’s director is Jay Critchley, Provincetown’s artist provocateur extraordinaire. 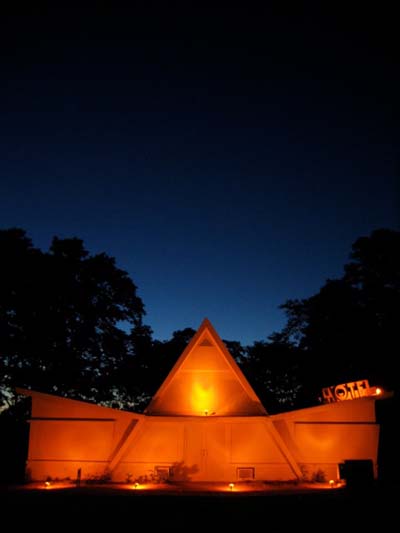 Explain how the 10 Days That Shook the World project came to be.
Pre-demo buildings are attracted to me, I think because we live in a “pre” culture – pre-bombed, pre-collapsed, pre-meditated, prea-chers.

Organizing 10 Days That Shook the Word is like being a a) secretary of state, b) longshoreman, or c) union boss
Secretary of State – the ship of state is sinking and the bathhouse is making its last stand. 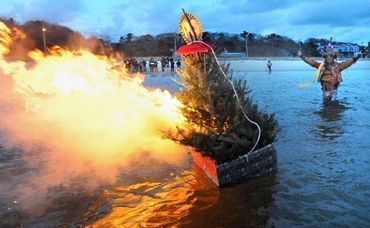 What’s the most surprising response you’ve ever had to your work?
A large garbage bag filled with specially collected plastic tampon applicators for my TACKI project (Tampon Applicators Creative Klubs Int’l) from a beach clean up that was thrown away by the janitor, thinking it was trash!

What are you currently reading?
Ten Days That Shook the World by John Reed.

Have you spotted a great white shark this summer?
We don’t use the “S” word.

The unauthorized biography of your life is titled:
Uncle Jay.