This is the second in a series of posts about Art and Philanthropy, looking at those projects that merge artistic with philanthropic vision. Interestingly, they often invent unconventional, innovative work models in the process. 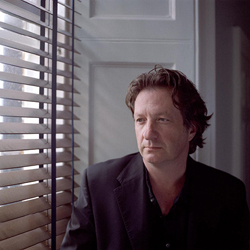 In 2008, novelist, former rocker, and community activist Stona Fitch founded Concord Free Press, an outfit that blends his literary, DIY, and charitable inclinations. The press publishes two books a year using a ground-breaking, generosity-based model: authors (and the publishers, incidentally) donate their work, and the press gives away the books for free through its website and a network of independent bookstores. In lieu of payment, the press asks readers who receive the books to make a donation – in any amount – to a charitable organization. According to Stona, donations from Concord Free Press readers recently surpassed $100,000.

We asked Stona (recently named one of the 2010 Literary Lights by the Boston Public Library) about writers and giving, nontraditional publishing, and his revolutionary charitable model.

ArtSake: Your most recently published author was Gregory Maguire, author of Wicked and other bestsellers. Have you found a strong response among writers to your press’s philanthropic model? 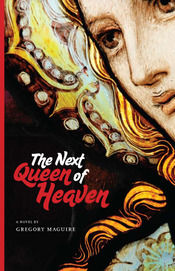 Stona: At the Concord Free Press, we’re writers and artists first, publishers second. So our generosity-based publishing concept is designed for and by writers. They get to be part of an intriguing experiment that connects with readers in new ways, and that inspires incredible generosity. And their books can go on to second lives as commercial editions. We’ve been besieged by bad news about our industry. The Concord Free Press sends a new, positive message – one that definitely resonates with writers. And with readers. In our first year, we’ve been flooded with book requests, encouragement, and overwhelming interest from around the world.

ArtSake: The first book the press published, your novel Give + Take, was orphaned at a previous publisher after its editor departed. One could assume this kind of setback will arise more and more as the economic turmoil continues to affect publishers. Do you think more authors will seek alternate publishing routes?

Stona: It’s simple. Writers want their work to reach readers. For the first time in history, writers can publish their own work, quickly and inexpensively. While traditional publishing remains the best avenue to reach the most readers, alternative channels – small online presses, self-publishing, e-books, Twitter novels, and whatever’s next – serve as a vital complement to the mainstream. As traditional publishing continues to contract, more writers will pursue creative ways to reach readers. The inmates have the keys to the asylum now. Whether they choose to use them is another question.

ArtSake: Give + Take involves a Robin Hood-like figure who gives to the poor. Did your book’s plot inspire the press’s philanthropic model? Or was it more a matter of philanthropy as a core interest of yours to begin with?

Stona: Give + Take definitely inspired the press. My novels tend to wrestle with consumerism, and Give + Take is no exception. I’ve also been part of the leadership of a local farm, Gaining Ground, which grows organic produce and gives it away to people in need. So I’m definitely grounded in non-profit work, social philanthropy, the DIY approach, and rethinking traditional/accepted models. The Concord Free Press has been called a grand experiment in subversive altruism – a mouthful, but accurate.

No matter who published them or how good they are, most books go on a familiar trajectory—new, used, shelved permanently, dusty. Ours keep going from hand to hand, generating donations along the way.

ArtSake: I noticed that Give + Take will be published by Thomas Dunne/St. Martin’s Press in 2010 – congratulations! Do you have any thoughts on the way nontraditional ways of presenting art – self-publishing, giving away selected work for free, Creative Commons licenses, etc. – can benefit an artist’s career?

Stona: Giving something singular and beautiful away has incredible power – particularly when you expect nothing in return. Whether you’re Banksy or a band on MySpace, giving away your art can revalue it and create new energy that comes back to the artist in one form or another, often in unexpected ways. But giving away work with the specific intent of furthering a career seems opportunistic and kind of venal.

With the Concord Free Press, we’ve created a gift economy for publishing. But it definitely connects to (and co-exists with) a more commercial world, as described so presciently in Lewis Hyde’s brilliant book, The Gift. A free work can go on to a second, commercial life. For example, Thomas Dunne/St. Martin’s is publishing Give + Take and Harper Collins is publishing The Next Queen of Heaven – both in spring of 2010, coincidentally. We certainly didn’t go into the project with the intent of attracting commercial publishers, though we certainly appreciate their interest and enthusiasm.

ArtSake: It’s interesting that you chose to include Concord in your press’s name. Does the press being in Concord, Massachusetts, with that town’s legacy of individualism, have a particular significance to you?

Stona: Concord has always nurtured and inspired renegades – from Minutemen to Transcendentalists. I’d like to think that Concord Free Press fits cleanly in that lineage. It’s also important for a project to be grounded in a place. So while we have supporters and readers around the world, Concord is our base – from our office over a local bakery to a great local bookstore and library to the hundreds of committed readers and diverse authors who live here.

ArtSake: What do writers interested in submitting work to Concord Free Press need to know?

Stona: We only publish two books a year, generally solicited directly from established authors. We’re not an ideal option for a first novel, since first novelists deserve the broadest audience possible and tend to require more editing than our all-volunteer staff can offer. And though our books are free, the quality of the work has to be exceptional.

Right now, we’re putting together a new book, IOU: New Writing on Money, a multi-genre collection of essays, short stories, and poems edited by renowned poet (and CFP Poetry Editor) Ron Slate. Writers interested in being part of this inherently more inclusive project can find details on our website, and on Facebook. And anyone with questions, comments, insights – or financial donations, we’re a non-profit foundation, after all – can feel free to email us at hello@concordfreepress.com.

Stona Fitch‘s novels, including Senseless, Printer’s Devil, and Give + Take have been widely praised by critics and readers or their originality, intensity, and prescience. Stona lives with his family in Concord, Massachusetts, where he is also a committed community activist. He and his family work with Gaining Ground, a non-profit farm that grows 30,000 pounds of organic produce each growing season and distributes it for free to Boston-area homeless shelters, food pantries, and meal programs. He founded Concord Free Press in 2008 and was recently named one of the 2010 Literary Lights by the Boston Public Library.