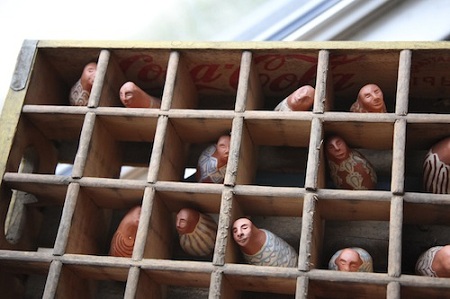 We’re interested in Massachusetts organizations that identify a specific need in the arts, then shape their programming to directly meet it. In essence, they match the right horse with the right course.

The course: visual artists sometimes lack the business training and experience to translate their studio work into career growth, while in their communities, there may be plenty of art-buyers inclined to “go local.”

The horse: Community Supported Art (CSArt), which brings local art into the hands of community members through a model based on community supported agriculture. Rather than produce, fish, or dairy, CSArt shareholders receive original works by local artists, and those artists receive business training and experience. 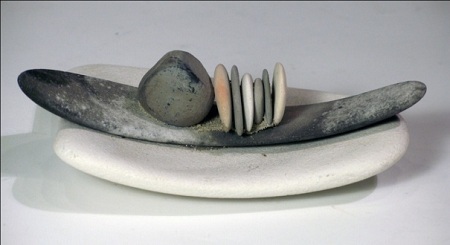 What CSArt Does
CSArt sells shares to community members and commissions local artists to create original works of art to be “harvested” by their shareholders. This summer, in its first iteration of CSArt, the Cambridge Center for Adult Education selected nine varied Cambridge/Somerville artists (Grace Durnford, Kate Martens, Judith Motzkin, Anne Peramaki, Christopher Poteet, Richard Sabin, Bryan Smith, Ed Tekeian, and James Zall) to create works for 50 shareholders. Within a week of announcing those artists, CSArt sold out of its shares. The program is now accepting waitlist applications to receive harvests from a future group of artists. 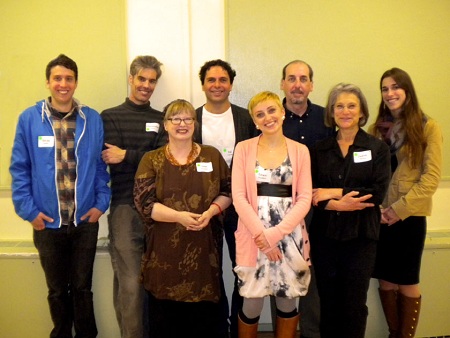 It’s a case of the right program for the right organization for the right community. Susan Hartnett, Executive Director of the CCAE, says the origins lie in CCAE’s internal research, which revealed that the CCAE’s “single largest program, by participation alone, is visual arts.” That participation includes art classes, exhibitions, and CCAE’s annual art fair. In the visual arts, she says, “we uncovered a real strength.” 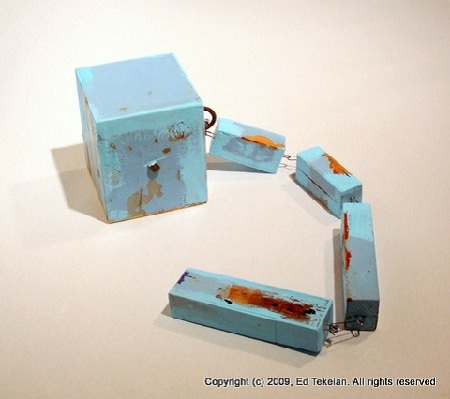 This September in Union Square, CSArt will host the first of three Harvest Parties, where a crop of the artists’ work will be presented to the shareholders. There will be three Harvest Parties in all, sharing artwork including embroidered paintings by Grace Durnford, personalized “superhero kits” by Ed Tekeian, clay works by Kate Martens (see Martens’s work and read her impressions on CSArt), and more.

So, the artists sell work and navigate the local marketplace in a unique way. What’s more, they receive entrepreneurial training through one-on-one small business coaching and a scholarship to attend courses at CCAE.

The program has been successful in making connections that build on one another. Hartnett says she suspects the partnership with Local First may have been what drew the attention of the Boston Globe (which closely follows local food issues); shortly after the publication of a favorable Boston Globe article about CSArt, the program sold out its 50 shares. Massachusetts Cultural Council was one of the program’s initial funders, with a $17,000 Adams Art Program grant in 2011. Hartnett says that the Adams grant may have impacted Eastern Bank’s decision to become a sponsor, and the support of both funders has freed up more capital for a future round of art harvests.

Most important are the connections the artists make: to their communities, to local businesses, to other artists, and between the numerous threads of their own careers. 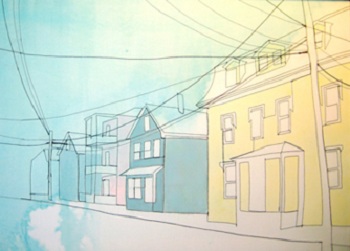 What’s Up Next
There will be a group exhibit (running July and August) of the first nine CSArtists at CCAE’s gallery at 42 Brattle Street in Harvard Square. Don’t miss the opening reception on Friday, July 8 from 5-7 PM.

And if you attend any farmer’s markets in the Cambridge and Somerville areas, don’t be surprised if you see the hand-designed CSArt pedal-powered vehicle, which visits communities to promote the program.

What artists interested in the program need to know
If you’re interested in applying to be a CSArtist in the future, join CCAE’s mailing list to receive updates. You can find a “Get updates via email” box on the CCAE homepage. (Be sure to check “CSArt” as one of your areas of interest.)