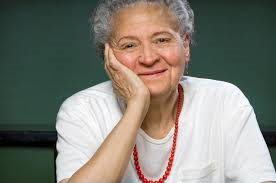 Preparations are ramping up for the seventh-annual Massachusetts Poetry Festival, which will take place in historic Salem from Friday, May 1st through Sunday, May 5th. This year’s event features headliners Rita Dove, Richard Blanco, Stephen Burt, Jorie Graham, and dozens of other contemporary poets.

But if you can’t make it to Salem that weekend, you can be part of the Festival by grabbing a copy of Common Threads, an annual publication of 7-10 poems by Massachusetts poets. The book includes a reading and discussion guide and videos of the poems being read, and will be distributed to libraries, senior centers and book clubs—reaching upwards of 350 poetry discussion groups across the state.

Cape Cod poet Alice Kociemba, guest editor for the fifth edition of Common Threads, included the following piece by renowned poet Rhina P. Espaillat, who was born in the Dominican Republic and moved to the United States as a young girl when her family was exiled:

On Hearing My Name Pronounced Correctly,
Unexpectedly, for Once *

The voice over the wire trills my R,
snares me with soft diminutives, and waits
for me, in our shared language, to allow
my words to trace, like fingers down a scar,
stories we’ve known since childhood, places, dates
in brackets on worn stones. He tells me how
our old ones slip away, forgetting, now,
faces and names. My cousin hesitates;
I take this name again and say goodnight.
Odd how the gringo tongue that shifts, translates
you into something it can say, but far
from what you were, that never gets you right,
rolling you round too long, too smooth, too light,
loves you at last to who it says you are.

*This poem first appeared in Rattapallax magazine in 2001.

For Ms. Espaillat, this was an especially apt piece for Common Threads. “This particular poem shares an experience common to immigrants like me,” she says. “It also touches upon the importance of communication, both through spoken language and ‘body language’ — all of those ways in which ordinary human relationships reveal themselves.”

She’s pleased to be part of a project that brings together people from different backgrounds to talk about poetry. “Poetry can enrich anybody’s life,” she says. “It has things to say – no, sing – that are both important and universal. And it allows us to listen to voices from the past and send our own voices into the future, if we’re lucky.”

Charles Coe, Program Officer for MCC’s Cultural Investment Portfolio, is the author of the poetry collections All Sins Forgiven and Picnic on the Moon, as well as the novella Spin Cycles. In his role at the MCC, he has worked with Mass Poetry since its inception in 2009.