You are here: Home / literature / Cities of books 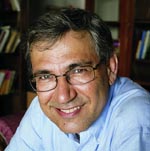 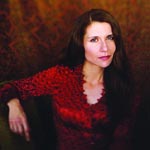 All artists – all humans – can stand to benefit from engaging other artists in their community. Poets and poetry lovers had an opportunity to do just that at this past weekend’s Massachusetts Poetry Festival. And in the next week, New England writers have two opportunities to revel in the current work of prominent working writers.

Boston Book Festival
“Unintelligible scream of delight!” you might say when you see the schedule of events for Saturday, Oct. 24’s Boston Book Festival (not an exact quote). This day-long event at Boston’s Copley Square is just stuffed with great content. Boston is a city that deserves – cries out for – a literary festival, and this one brings together a who’s who of local and unlocal literary powers for a daylong celebration of literature. A smattering of those participating:

In all, there are 90 authors and presenters participating in the festival’s readings, panel discussions, workshops, and hard-to-categorize coolness. Events include: The Future of Reading: Books without Pages? (about technology and literature), John Hodgman interviewed by Tom Perrotta (self-explanatory), and Writer Idol (use your imagination).

For more background, check out this interview with Deborah Z. Porter, founder of the Boston Book Festival, in the Bostonist.

Concord Festival of Authors
Also making the leap from printed page into Massachusetts communities is the Concord Festival of Authors, beginning October 21 and running through November 8. Not to be outdone in starpower, the festival features Chris Bohjalian (Midwives), Gregory Maguire (of Wicked fame), and former DNC chairman and Vermont governor Howard Dean. What’s more, you can hear from past MCC Artist Fellows Xujun Eberlein (’08), Frannie Lindsay (’06), and Tracy Winn (’08).

Check out a full schedule here.