You are here: Home / open studios / Be Open – Advice for Open Studios 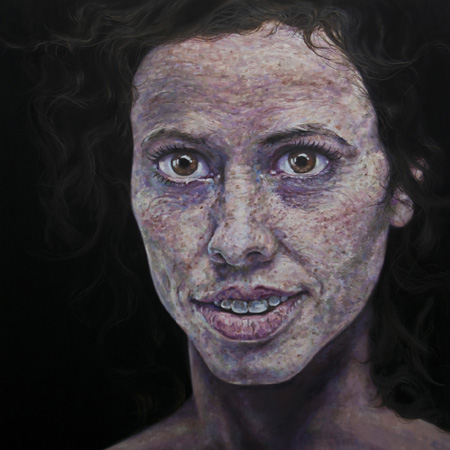 Advice from artists on how to be during an open studios event.

It’s that time again: time to open up your eyes and place them in front of work by a local artist – such as one of the many artists taking part in Open Studios throughout the Commonwealth.

And if you ARE an artist: we asked a few individuals who are about to open up their creative workspaces, What’s the most important thing to keep in mind as you’re preparing for your open studios?

Nick Ward, Distillery Boston, June 3
I think that a lot of people would default to advice about being sure to present work nicely, have work that is ready to buy and hang, using good lighting on the work and having a price list handy, but I always try to focus on a more basic element of opening my studio up to the world. I try to prepare to make hundreds of people feel comfortable in my private space. People are, after all, coming to meet artists and see art in a relaxed environment, and so often they are met with awkward small talk or – even worse, artists who pay them no attention at all. I always find the idea of opening my studio space to the world stressful, so I try to plan for all sorts of different visitors. I try to be ready to chat with those who are interested, to know who wants some space to look without interruption, and to be sure to approach and welcome everyone that comes through my door. Seems simple but I have found that so many artists miss the mark and make visitors feel less than comfortable.

Rachel Mello, Mad Oyster Studios, May 4-6
Be Open! Open Studios offer great opportunities, for showing your work, hearing feedback, meeting people in your community and artists from other communities, and so much more. If you stay open to all the many ways you can enjoy and benefit from Open Studios, you’ll have a great time. If you narrow your focus down on only one thing – whether you make sales, or whether you get a gallerist interested in your work, or whatever it is you’re hoping for – you risk missing other great opportunities and interactions. 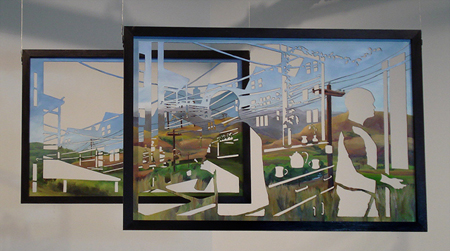 I find it helps to think of Open Studios like Opening Day of the baseball season. Yes, it’s always nice to win your home opener, but whether or not you do does not decide what happens for the rest of the season. I’ve had people call me back two weeks after Somerville Open Studios to say they couldn’t get a certain piece out of their mind, and they want to come back and buy it. I’ve gotten group show invitations from galleries months after SOS passed. They had walked around, taken notes, and called me when they needed someone. I might have said it was a flat year, only to learn later that great things were happening I didn’t know about. Be friendly and nice and polite to everyone. And then, when it’s over, enjoy the fact that your studio is clean for a few weeks!

Colleen Kiely, Vernon Street Studios, May 5-6
Keep in mind that many visitors may feel a bit intimidated looking at art, so make an effort to greet every visitor warmly and make them feel welcome in your studio. 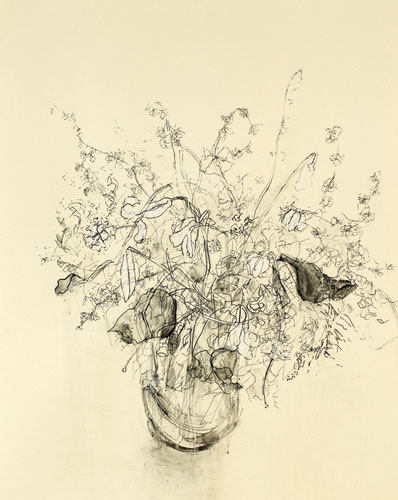 Here are upcoming open studios events in the next few weeks (and let us know if yours isn’t on the list). And find more at the Mass. Office of Travel and Tourism’s Open Studios page.