Pat Shannon, one of the exhibiting artists, walks us through her art making process. 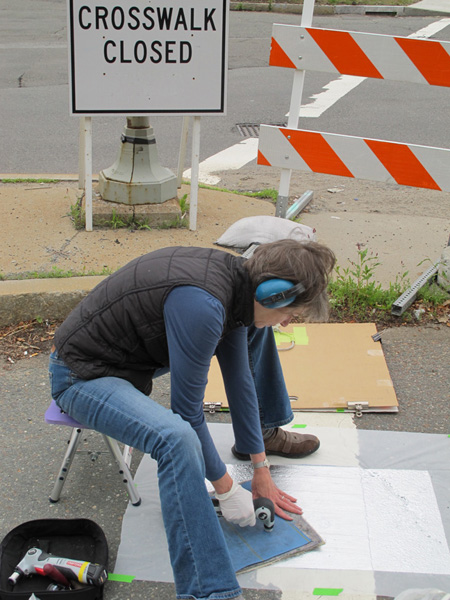 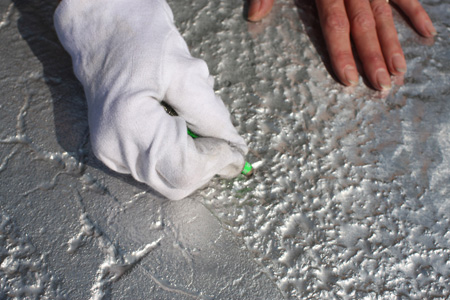 For a few years, a crosswalk and parking space became my plein air workplace. Leading up to this transition, I had read a transcript from the panel discussion for “Earth Art,” Cornell University 1969. The panel included Robert Smithson, Dennis Oppenheim, Neil Jenney and other artists. One idea they talked about was extending their work into the world by literally making it out in the world. I’d been experimenting in small ways with making work outside of the studio, but as soon as I read their views, I felt a challenge to move further in that direction. The thought of leaving behind the seclusion of the studio to produce work in public really struck a chord. I tuned in on a neighborhood public works project. For many months, this project blocked traffic from a usually busy roadway. I saw this as my chance to move onto the street and also as a way to align my art making with common labor…so, I tagged myself alongside the work-site. Using aluminum foil and a few tools, I started to make a series of impressions from the street by literally feeling my way across the ground an inch at a time. The foil was my recording device. 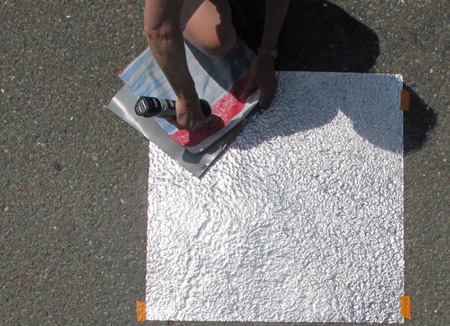 The ground became a pictorial surface and I was fascinated by using the sense of touch to generate an image. The resulting imprints are precise in details and very fragile by nature. The images they hold are unembellished representations of things “as they are”. They’re a record of both an experience and a place and they could easily be wiped away in a moment. 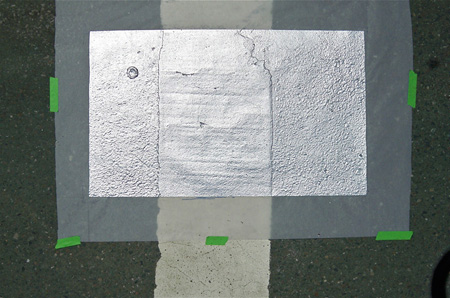 All images courtesy of Pat Shannon.