You are here: Home / artist voices / Azadeh Tajpour: Painting the Other

Mass Cultural Council and the New Art Center (NAC) will present the Mass Cultural Council Artists Fellows and Finalists in Painting, October 28 – November 15, 2014 at the NAC, 61 Washington Park in Newtonville, MA (opening reception Thurs, Nov. 6, 6-8:30 PM). The installation will be curated by independent curator, FLUX.Boston creator, and NAC Board member Liz Devlin in collaboration with NAC Exhibitions Director Kathleen Smith Redman. We caught up with a number of the artists in the show to ask them to talk about their work. First up is Azadeh Tajpour. 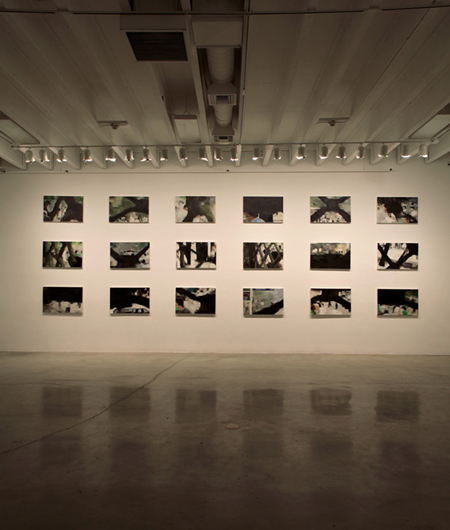 I am interested in the ways in which we receive and perceive information, especially the lenses through which we look at “others” exploring the gray area and the shifting borders between “us” and “other.” 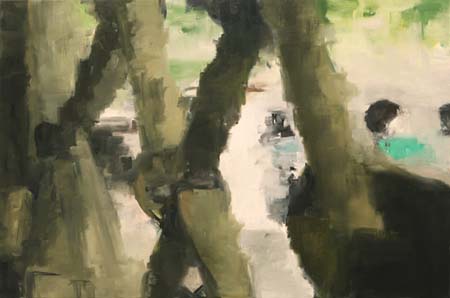 Protest, June 14th, 2009, Tehran, Iran (or Observer Effect) and Protest of 2009, Isfahan, Iran are installations of eighteen and five paintings respectively. They are based on video stills from found video of the 2009 post election upheavals in Iran captured by protestor hiding inside a store in Tehran in the former and hiding and filming through a house yard gate in Isfahan in the latter, observing the clash between the protestors and the anti riot police. These paintings examine the layers of mediation through which we experience what happens “elsewhere” and the way digital space alters physical distance. The instantaneous moments of turmoil have been frozen in these paintings, while they act as a permanent pause and replay, as the viewer experiences individual frames simultaneously. The paintings reflect a sense of connection and presence as well as detachment and inaccessibility and connote to the active but hidden modes of observation emphasizing obstruction or even erasure as in Protest, 2009, Orumieh, Iran (installation of four paintings). 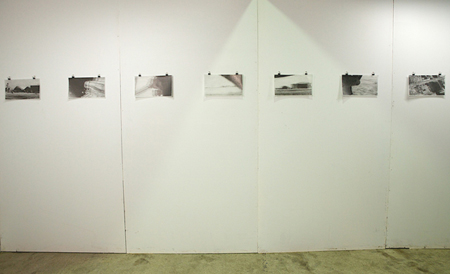 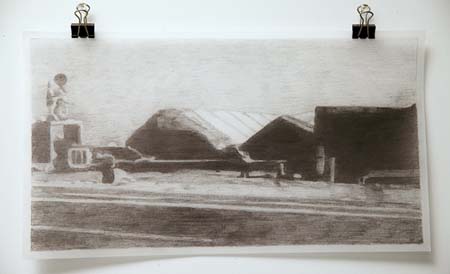 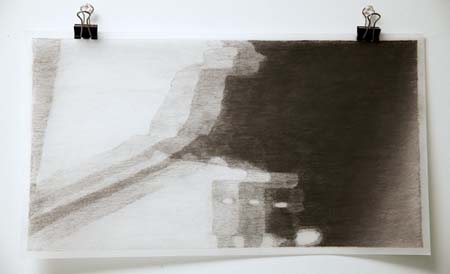 Point of view of the Drone (Graphite pencil on vellum) is based on video stills from a footage captured by an American drone in Afghanistan, which was captured by Iranian forces near the border in 2011. The blurry and ambiguous fragments reflect the distortion of our assumed realities and the transformation of the video as a moving image to the still drawings suggests the fragmentations of the experience as well as our subjective lenses. 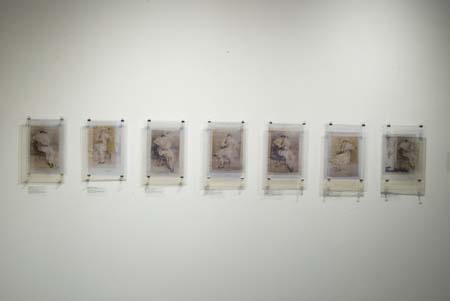 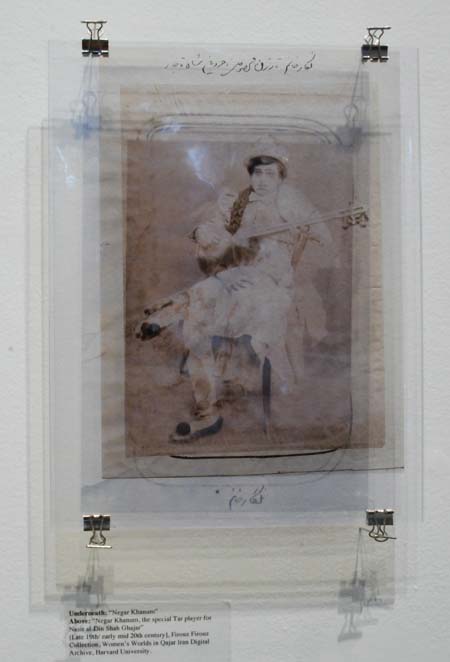 In Photo Captions (Mixed media Installation), I examine the ways in which photograph captions can shape the viewer’s experience of the photographic image and suggest specific interpretations. This series is based on photographs of Iranian women from late 19th to early 20th century, found in the digital collection “Women’s Worlds in Qajar Iran”. The overlapping of seemingly similar photographs from the same photo album with contradictory or opposing captions emphasizes the arbitrariness of the text that purports to identify these subjects, and the ambiguity that underlies its attempt to classify and create “types.” The work also reflects upon the ways in which such texts influence our perceptions and create as well as perpetuate certain narratives about women, culture and social history.