You are here: Home / call to artists / Artist Opportunities Snowbank 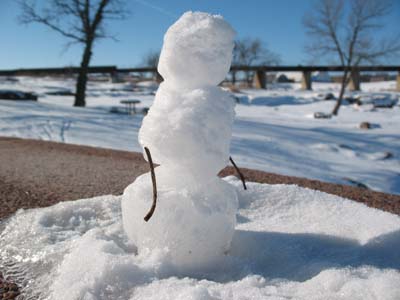 No more corn cob pipe, button nose, and two eyes made out of coal for this minimalist snowman.

Call for Art Entries are now being accepted in all media for a thematic exhibition, Art Biologic, based on art inspired by the biologic and natural world. Entry is limited to biologic and nature based artwork and is open to all interpretations of theme as it applies to landscape, fruits, vegetables, flowers and fauna; and to human figuration as part of the biological world. The exhibition will be held at the Limner Gallery, May 18 – June 15, 2013. National magazine publication awards. Learn more.
Deadline: February 28, 2013

Call to Performing Artists (music and dance) IBA (Inquilinos Boricuas en Acción), is currently accepting entries from musicians and dancers to submit work samples in order to be considered for their Festival Betances 2013, a community festival celebrating the Villa Victoria community during three days of arts and culture from Puerto Rico and Latin America. Learn more.
Deadline: February 30, 2013

New England Filmmakers Apply to LEF New England for a fellowship to support attendance to the Flaherty Film Seminar, “History Is What’s Happening,” in New York. The Flaherty Seminar, June 15 – 21, 2013 at Colgate University in Hamilton, NY, is a great opportunity for film artists to connect with programmers, scholars, and other filmmakers from around the globe. The LEF Fellowships can help New England filmmakers attend. Learn more.
Deadline: March 1, 2013

Playwrights The Gallery Players Black Box New Play Festival (June, 2013, Brooklyn, NY) is seeking unproduced plays from 10 minutes to full-length for performance in a festival format with non-equity actors. Some plays may be work-shopped prior to rehearsals with a producer/dramaturg; playwrights should be available for workshopping process and re-writes. Learn more.
Deadline: March 1, 2013

Image credit: Photograph of a snowman by Jake DeGroot.