You are here: Home / call to artists / Artist Opportunities Line Up 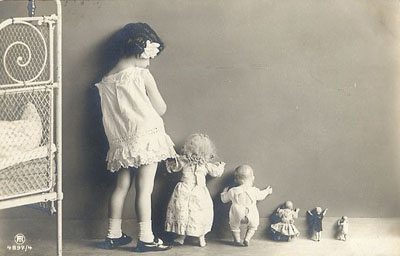 Fiction Entries are now being accepted for the PEN/Bellwether Prize for Socially Engaged Fiction. A prize of $25,000 and publication by Algonquin Books is given biennially for a novel that addresses social justice and the impact of culture and politics on human relationships. U.S. writers who have had previous publications but have not published a book that has sold more than 10,000 copies are eligible. Learn more.
Deadline: January 15, 2014

Photographers The Center for Photography at Woodstock is currently accepting entries for their Photography Now 2014 exhibition. This year’s juror is Julie Grahame, publisher of their online magazine and blog aCurator. One photographer will be awarded a Director’s Purchase Prize in which a print is purchased for the CPW’s permanent print collection. Learn more.
Deadline: January 31, 2014

Photographers Entries are now being accepted for “MACRO,” an online photography exhibition of the Photography Center of Cape Cod/Cape Cod Art Association focusing on the small subjects of the word. Learn more.
Deadline: January 31, 2014

Artist-run Gallery Membership Kingston Gallery, an artist-run gallery in Boston, is accepting applications for membership. Artist-members have opportunities to exhibit work, join a community of fellow artists, and participate directly in the gallery’s operation. In addition to a solo show every two to three years in the Main gallery and a solo show in the Members’ gallery in alternate years, members can participate in at least one group show every year. There are monthly dues of $110, plus one-time $200 commitment fee and membership responsibilities. Learn more and download membership form.
Deadline: February 19, 2014

Call for Artists City Arts Nashua, a non-profit arts organization in Nashua, NH, along with MG & Associates and the Nashua International Sculpture Symposium, is accepting applications for the 2014 New England Sculptors on Review: Art for the Home, the Office, the Garden, to be held outdoors at the 30th Temple Street Plaza in Nashua, NH on Sunday, May 4 (indoors in case of inclement whether.) The juried exhibition and sale is open to emerging and established sculptors in Maine, New Hampshire, Vermont, Massachusetts, and Rhode Island, and will focus on both the sculptors and their work. Questions: Meri Goyette, Exhibit Director at 603-882-1613 Learn more.
Deadline: March 1, 2014

Call for Art The Cambridge Art Association is now accepting entries for their 2014 National Prize Show juried by James Welu, Director Emeritus, Worcester Art Museum. The show is open to artists living and working in the U.S., working in all media. Awards include $1,000 for Best in Show and $500 each for the media-specific categories painting, photography, 3D, mixed/multimedia and works on paper. Learn more. Exhibtion dates are  May 13, 2014 – June 26, 2014 at the Kathryn Schultz Gallery and University Place.
Deadline: March 2, 2014 (5pm EST)