You are here: Home / accessibility / Artist Opportunities in the Lap of Luxury 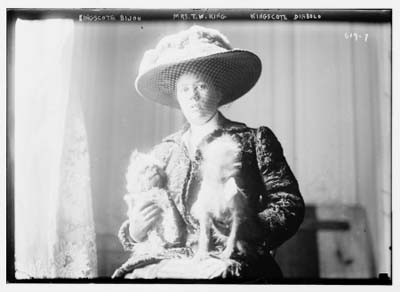 Sandbox IdeaLaunch’s Arts/Crafts/Consumer Products Pitch Contest is looking for people to pitch ideas for a business that involves arts, crafts, or has a consumer product at its core. Learn more.
Deadline: June 7, 2012

Printmakers The NAU Art Museum is currently accepting entries for their 6th Biennial Juried Print Exhibition. The Biennial encourages submissions in traditional printmaking media, as well as works that employ new and hybridized media. They are particularly interested in works on paper that challenge accepted norms of scale and that blur the distinction between two and three dimensions. Learn more.
Deadline: June 15, 2012

Choreographers The Boston Center for the Arts has a call for applications for their 2012-2013 Dance Residency program. Dance Resident Artists will be chosen through a panel selection process. This season includes two 5 week residencies that may include two weekends of performances. Learn more.
Deadline: June 29, 2012 (5:00pm)

Composer/Lyricist or Composer/Lyricist Team Submissions are now being accepted for the Fred Ebb Award for Musical Theatre – $50,000 award to a composer/lyricist or composer/lyricist team wishing to create work for the musical theatre who has not yet achieved significant commercial success. Winner will receive a one-night showcase of their work at Roundabout Theatre. Learn more.
Deadline: June 30, 2012

Call for Artists VSA and the Kennedy Center are now accepting entries for a national juried exhibition of emerging artists, ages 16-25, with disabilities. Sustaining/Creating asks emerging artists to showcase work that illuminates innovative viewpoints on sustainability and contemporary creativity.  All media accepted. 15 artists will be selected and their artwork featured in a Smithsonian exhibition this fall. $60,000 in cash awards. Learn more.
Deadline: July 8, 2012

Dance Film The Third Coast Dance Film Festival is now accepting video dance submissions to be screened in the 2012 festival in Houston, TX. Submissions may be short films in dance documentary, video dance or experimental dance technology. Films must be 12 minutes or shorter in length. Video submissions will only be accepted digitally this year. Learn more.
Deadline: July 23, 2012

Filmmakers The Portland Oregon Women’s Film Festival (POWFest) is now accepting entries for its sixth annual festival scheduled to take place March 7 – 10, 2013. POWFest showcases the art and cinematic contribution of women directors from around the world and seeks to present films that have been directed or co-directed by women; of any length, style, or genre. Learn more.
Deadline: August 17, 2012 (postmarked)

Call for Artists Artists who are inspired by Buzzards Bay are encouraged to submit works for consideration for the exhibition Interpretations: Artistic Celebrations of Buzzards Bay. The exhibit is the result of collaboration between the Falmouth Artists Guild and the Buzzards Bay Coalition and will be displayed in both Falmouth and New Bedford. Learn more.
Deadline: Drop off, Monday, August 20, 9:30am-4pm at the Falmouth Art Center