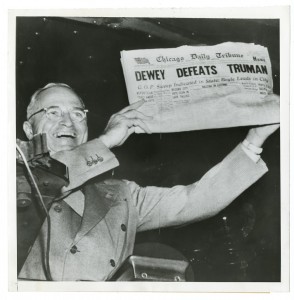 The votes are in: Artist Opportunities for President.

Call for Art The Dedham Square Artist Guild is currently accepting entries for their upcoming exhibition Word. Open to all artists, working in any medium, who work/reside in eastern Massachusetts. Learn more
Deadline: September 19, 2014

Artist Fellowships Applications are now being accepted for Guggenheim Fellowships, for advanced professionals in all fields, including the creative arts (in the field of performing arts, artists must perform their own original material to be eligible), to further the development of scholars and artists by assisting them to engage in research in any field of knowledge and creation in any of the arts, under the freest possible conditions. Grants are to individuals only (but are not available to students) and have been averaging $43,200. Learn more.
Deadline: September 19, 2014

Short Fiction Collections The Moon City Short Fiction Award is for an original collection of short fiction written originally in English by a single or collaborative author. Individual pieces in the collection may be published in periodicals, but not yet collected and published in full-length manuscript form. Entries may include short shorts, short fiction, and/or up to one novella. Prize of $1000 and publication by Moon City Press. Manuscripts should fall between 30,000 and 65,000 words. Learn more.
Deadline: October 1, 2014

Photographers Entries are now being accepted for the Photography Center of Cape Cod’s next online photography contest, Reflections, with $475 worth of available prizes. The best submissions will be featured in an online image gallery with cash prizes available for first, second and two honorable mentions. Any interpretation will be considered. Learn more
Deadline: October 31, 2014

Female-Identified Filmmakers Women Action Media’s Boston Film Festival (WAM)Boston is seeking submissions in all genres for a film festival centered on films by and about women. All subjects are welcome — drama, comedy, documentary, experimental, short and feature length alike. The film must be directed and/or produced by a female-identified filmmaker. Learn more.
Deadline: November 7, 2014

Portraits The National Portrait Gallery has issued a call for entries for The Outwin Boochever Portrait Competition 2016. The work entered should be understood as a portrait in the broadest sense. It may be a traditional, representational work or it may be a more experimental or conceptual portrait, but it must be based on the artist’s direct contact with any living individual(s). Self-portraits will be accepted. Entries will be accepted in all visual arts media including but not restricted to: painting, drawing and watercolor, sculpture, weaving, ceramics, photography, prints, video, film, performance, and digital or time-based media. Learn more.
Deadline: November 30, 2014