You are here: Home / call to artists / Artist Opportunities by Land, Sea & Air 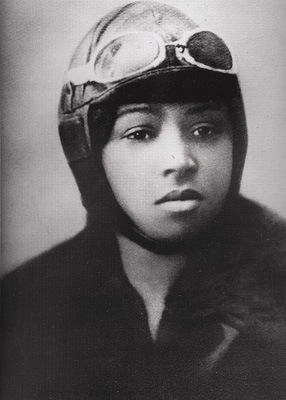 Call to artists: Wounded in Action: An Art Exhibition of Orthopaedic Advancements. The exhibition will be a tribute to injured troops, civilians, and the orthopaedic surgeons who are caring and have cared for them as they served and/or serve our country in time of crisis. This exhibition is open to all artists with an interest in this theme. Artists need not have been military personnel, orthopaedic surgeons, or personally injured in war themselves.
Deadline: October 15, 2009

HarborArts: Large-scale outdoor sculpture on loan at Boston Harbor Shipyard call to artists. Eligibility: Open to all artists/designers/teams in the US and internationally. Students welcome. HarborArts seeks to implement an outdoor artwork loan program for a limited number of large-scale, 2D, and 3D works at Boston Harbor Shipyard in East Boston, Massachusetts. Works will be exhibited on a rotating schedule lasting a minimum of 3 months to several years, depending on availability and feasibility.
Deadline: Monday, November 9, 2009

Calling all furniture, lighting, product, interior, or environmental designers.
Modern Painters Magazine and Louise Blouin Media invite designers to participate in the inaugural competion Re:Vision Design Awards. First prize is $10,000 and two finalist awards are $2,500 each. Submissions from across the design spectrum that thoughtfully explore new ways to live, work, play, and interact in the domestic environment are encouraged.
Deadline: November 17, 2009

Image credit: Photograph of Bessie Colman courtesy of NASA (NASA, GPN-2004-00027). Additional biographical information on Ms. Colman courtesy of NASA: Born on January 26, 1892 in Atlanta, Texas to a family of sharecroppers, Bessie Coleman grew up in poverty. Her father abandoned the family when she was nine, and her elder brothers soon left as well, leaving her mother with the four youngest of her thirteen children. While taking care of her younger sisters, Bessie completed all eight available years of primary education, excelling in math. She enrolled at the Colored Agricultural and Normal University in Langston, Oklahoma in 1910, but lack of funds forced her to leave after only one term.

Five years later, she left the South and moved to Chicago to join two of her brothers, Walter and John, where she worked as a beautician for several years. An avid reader, she learned about World War I pilots in the newspaper and became intrigued by the prospect of flying. As a black woman, she had no chance of acceptance at any American pilot school, so she moved to France in 1919 and enrolled at the Ecole d’Aviation des Freres Caudon at Le Crotoy.

After returning briefly to the United States, she spent one more term in France practicing more advanced flying before finally settling back in her birth country. She did exhibition flying and gave lectures across the country from 1922 to 1926. While flying, she refused to perform unless the audiences were desegregated. She was test flying a new plane on April 30, 1926 when it malfunctioned, killing both her and the mechanic who was piloting it. Her career as the world’s first African American pilot inspired many who followed.