You are here: Home / call to artists / Artist Opportunities :() 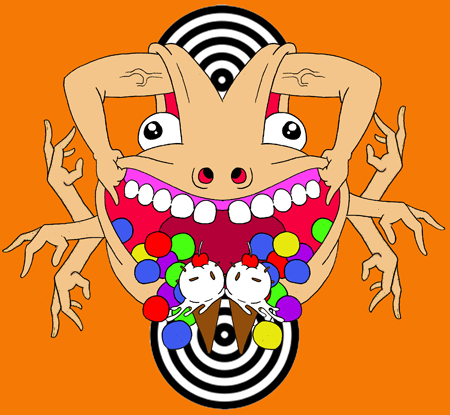 Call for Visual Artists DIYFEST, a day-long Arts and Music festival held in July outside of Jackson-Mann Elementary in Allston with over 30 bands playing on 3 seperate stages along with skill-shares and community activism seminars, has 20 open slots for visual arts. Artists will be displaying prints/zines on 30″x96″ tables. No fees are applied to participate. The entire event is community-based and non for profit. Interested visual artists should email Allston DIY Fest for more info.

Writers Entries are now being accepted in nonfiction, fiction, and poetry for Ploughshares Emerging Writer’s Contest. Winners published in Winter 2013–2014 issue and each receive a $1,000 prize. Entrants must not have published a book before April 15, 2014. Learn more.
Deadline: April 2, 2013

Thumbtack Show The Belmont Gallery of Art invites artists to submit work for their Thumb Tack show to be held April 14 – May 5, 2013. Work must include the use of one or more of the colors green, yellow or blue. Submissions will be accepted in all visual arts media as long as the work can be hung by thumbtacks or bulldog clips and is not matted or framed.  Learn more.
Drop Off: Sunday, April 7, 1-4 p.m.

Professional Development Registration is now open for The Musician’s Professional Toolbox program which includes 10+ workshops over 9 weeks, presented by 8 instructors. Musicians may sign up for all 10, or just a few. Workshops start April 8th and run throughout April and May. Learn more.

Preparatory Drawings The Painting Center, in  Chelsea, NY, is currently accepting entries for its upcoming juried exhibition Working it Out, from June 18th to July 13th, 2013. The exhibit will be accompanied by a printed catalog. Artists of all disciplines begin their creative process with preparatory drawings. Learn more.
Deadline: April 15, 2013

Poets The Poets Billow is now accepting entries for the Pangaea Prize for a series of up to 7 poems. The winning poet receives $100, an interview, publication in their Literary Art Gallery, and their nomination for a Pushcart Prize. Learn more.
Deadline May 1, 2013

Call for Art Incorporating Technology Entries are now being accepted for the nineteenth COLLISIONcollective exhibition to be held at the Boston Cyberarts Gallery in Jamaica Plain, Boston, on Friday, June 14, 2013. Learn more.
Deadline: May 11, 2013 (before midnight eastern time)

Call to Artists The Visual Arts Sea Grant Program of Rhode Island was established in 1988 to encourage New England professional visual artists to address the issue of the environment of the ocean and its coastal communities. Grants are intended to financially assist individuals and/or collaborating artists whose works are related to themes of the marine environment. Curatorial proposals will be considered. The grants, up to $3,000, will be awarded annually.  Learn more.
Deadline: May 24, 2013

New England Playwrights The Cambridge School of Weston (CSW) is collaborating with Boston Playwrights Theatre (BPT) to offer a $500 award plus a production in CSW’s 2013-2014 season. The CSW theatre department seeks large-cast contemporary plays dealing with social justice or political themes, by New England playwrights. The plays should be 60-90 minutes, will be performed by high school-aged students, and should have casts of 10-25 roles. Learn more.
Deadline: June 30, 2013