You are here: Home / DIY / Alternative Deliveries: a ramble 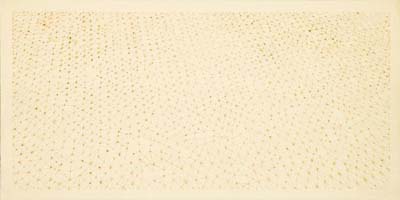 First, the warning… my six-month-old has his first cold and I, like the mad scientist who tests his serum on himself, went and caught it to see how bad it is. (Actually, I caught it by accident. But now I see that it is kind of bad. Poor kid!) All this to warn you that this post is being written under a viral fog. (Anyway, isn’t excessive coherence in a blog post kind of too too? Like wearing a ball gown to a paint ball war?)

Anyway, like a lot of folks in the arts, we’re curious about digital deliveries for art forms. It’s an egg that shows no sign of uncracking.

Music comes by pods and pads, now, and other forms, in particular film and literature, are following suit. But the question remains: how much do digital forms of delivery (downloads, streams, etc.) empower and, um, bring more money to individual artists?

It’s the money that’s always the big question mark, isn’t it. No doubt the web and its varied heads, shoulders, knees, and toes offers more opportunities for artists in all disciplines to get their stuff out there. Sometimes, more exposure is all that’s needed to spawn other opportunities. There must be something to this web presence business; even George Orwell and Samuel Pepys have blogs.

But using digital methods to deliver the art itself, and doing so in a, how shall we put it, cash-attractive way… that vista is still forming in the mist.

The challenges of chiseling out opportunities for indie filmmakers with digital distribution models has been explored by Filmmaker Magazine and CinemaTech (a blog about digital film and its ramifications; they recently covered interesting developments in downloadable art house films and the difficult but alluring notion of getting independent films onto iTunes). Safe to say the whole scene is still figuring itself out – but if we learn anything interesting in the months ahead, we’ll surely share it here.

Then there’s books. We all love ’em. (Well, 60% of us do. Steve Jobs says the other 40% don’t read, in a January NYT interview.) Whether Kindles, iPhones, or other portable electro-doodads that allow you to suck books into them is a bonafide threat to page-turning as we know it is yet to be seen. But some literary types are hoping that digital delivery methods can shore up interest in the books themselves. Small Beer Press out of Easthampton, Mass. just announced that they’re making some of their titles available via a Creative Commons license as free downloads, co-released with the paper, still-have-to-be-paid-for versions. Lunacy? Publishers Gavin Grant and Kelly Link explain their thinking, on their website:

We are curious about the future. If everyone downloads books straight to the Kindlenub in their head, we might be in trouble. But if there are still people who like to read books on paper, maybe some of them will read some of these downloads and then decide they would like the actual books.

Hey, the pay (or not!) method worked for Radiohead.

More questions raised than answered here, and I haven’t even talked about art galleries and Shakespeare plays in Second Life yet. My hunch is that there’ll be more to write about this topic in the months (and years) ahead. It’s all still developing, an elaborate wiki being written by artists, presenters, you, me, ArtsyDude554, and everyone else. Let’s keep each other posted.