You are here: Home / guest blogger / A View From the Mountain: Bread Loaf Writers Conference

Recently, writer Donna Gordon attended the Bread Loaf Writers’ Conference in Vermont. In this guest post, she shares her experience and personal history with the conference. 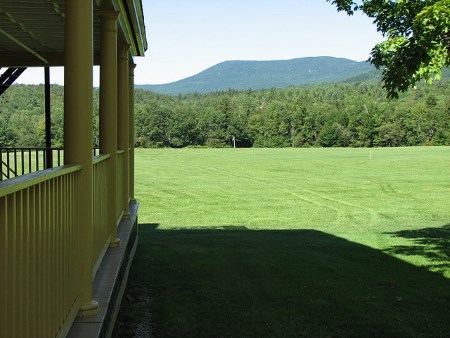 Attending the Bread Loaf Writers’ Conference in Ripton, Vermont in August was not necessarily an invitation to commune with the muse, secure an agent, or sign a book deal. What the experience did offer and deliver in spades was an opportunity to spend ten days on the idyllic mountaintop – surrounded by green fields and an umbrella of blue sky – to workshop a piece of writing, meet with already accomplished writers actively publishing work worthy of fellowships and awards, and learn about the state of the art changes and patterns in the publishing industry. One-on-one meetings with agents and editors were also arranged in a relaxed environment on the yellow Victorian porch of the Bread Loaf Inn or in the hazy sunlit lounge-like Barn, where in almost every conversation the importance of narrative voice and standards of excellence were highlighted.

Bread Loaf has a laid back atmosphere with its signature Adirondack chairs, surrounding scenic trails, and moose-crossing signs. The pastoral campus hosts the larger inn, and the accompanying fields are strewn with guest cottages. But coming here is a big deal to a lot of people and marks a kind of validation for the approximately 200 writers of fiction, poetry and nonfiction who attend. Categories for acceptance include fellowships, scholarship, contributors and auditors. This year 27% of applicants were invited. And of those, only 5% received financial aid. But the conference is so renowned for its workshops and networking opportunities, that people came from as far away as India and Iceland. Bottom line: writers here are treated with respect. And this becomes most evident in those private or small group meetings with the pros, including publisher Fiona McCrae of Graywolf, and agents like Janet Silver and Mitchell Waters. Instead of waiting for the dreaded “no” that writers often encounter with online submissions and protracted email exchanges with literary magazine editors, the face to face meetings allowed for more intimate conversation, “tell me about your project,” and, “please send me your manuscript.” Just being here meant we had been filtered through a large screening process. 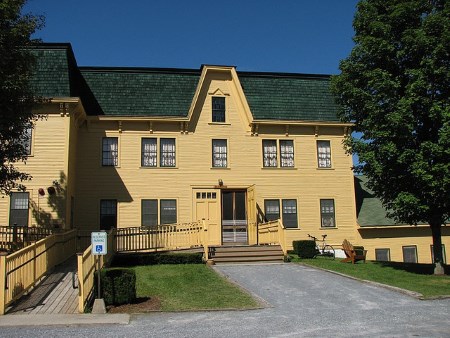 Set in the Green Mountain National Forest, Bread Loaf is the oldest writers’ conference in the country. The conference dates back to 1926 when poet Robert Frost and novelist Willa Cather decided to start a summer writers’ camp on a horse farm near Middlebury College. Over the years, it’s drawn the participation of writers at the top of their craft, including Norman Mailer, Toni Morrison, Anne Sexton and Eudora Welty. This summer MacArthur recipient and poet Terrance Hayes was there, and through a discussion of the poetry of Langston Hughes, rallied every one of us to find our political point of view. While I was there, three Bread Loaf participants had books reviewed in the Sunday New York Times.

Morning lectures on topics ranging from, Notes on the Dramatic Image by Charles Baxter to After the World Ends: The Artist’s Response to Crisis by Stacey D’Erasmo, roused people to thoughtful appreciation and were delivered to a consistently packed house in the Little Theatre (most of the lectures available online through iTunes U). Afternoons were devoted to craft talks ranging from Chris Castellani’s Mixed Signals: Modulating the Third Person, to Randall Kenan’s The Last Word: Notes on Endings, to Afaa Michael Weaver’s What Matters in Writing a Bop. Evenings were reserved for readings by faculty, fellows and scholars in the Little Theatre. The Blue Parlor was a place for contributors in all genres to read their work to a live audience. The conference also hosted a road race, two dances and a gala reception in the middle of a goldenrod studded field at sunset. 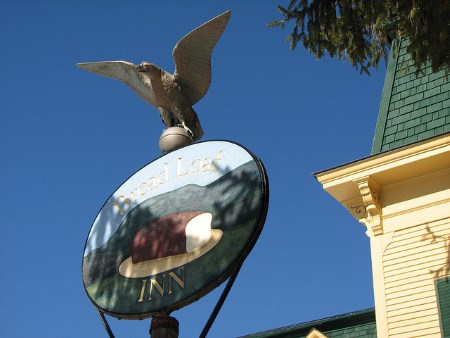 Bread Loaf accommodations in both the Inn and the cottages are spartan but clean. Most people share a room with one other person. The dining room tries hard to suit the likes of the masses and special dietary options are available. 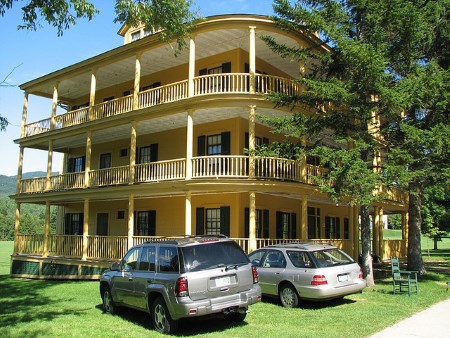 Years ago, the conference had reputation for hedonism – some called it “Bed Loaf.” But Michael Collier, who took over as director in 1994, runs a tight ship with a structured agenda. A watchful eye is maintained by staff, ensuring that things go smoothly.

Still, writers are writers and given to creative twists and turns. Forty years ago I came to the conference as a young poet assigned to work with Donald Justice. I had a roommate from somewhere in the Midwest who kept her hair dryer running all night long in order to sleep. I had a riveting conversation in the middle of a field with poet Gregory Orr during which he told me how he had accidently killed his brother during a hunting incident. Back then I was living poem to poem. This year I came back as a fiction writer with a novel to try to pitch.

Ann Hood ended the conference with a talk entitled, Why Write? “Where the imagination runs supreme and creativity is a given, our minds are stretched,” she said. “We write to live.” 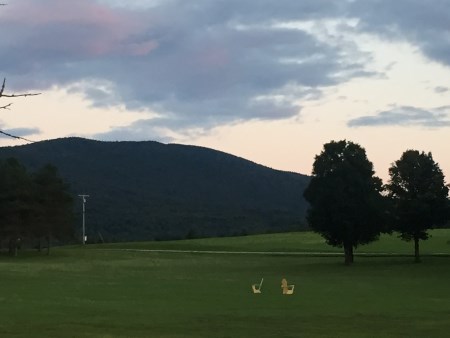 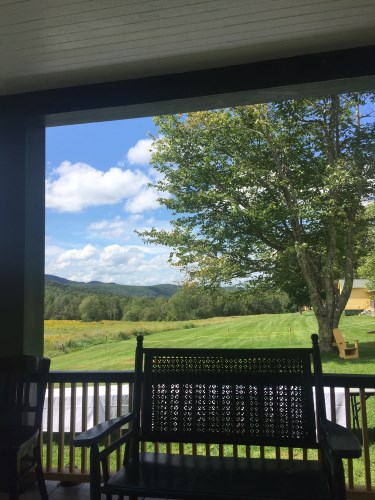 Donna Gordon‘s fiction and poetry have been published in Story Quarterly, Ploughshares, the Quarterly, Poetry Northwest, Boston Globe Magazine, and the anthology Sister to Sister. In March 2015, she won the chance to meet and play tennis with Serena Williams, an experience she wrote about for Medium.