You are here: Home / accessibility / A Rare Insight 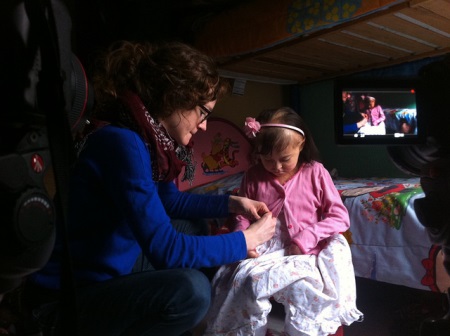 Every story suggests a larger narrative. Even complete in its own right, it can serve as a tile within a larger mosaic, or a window overlooking a vaster experience. Photographer and filmmaker Michaela O’Brien encountered two girls with the rare skin disease Epidermolysis Bullosa (EB), and her investigations of their story led to the documentary In Crystal Skin, as well as a larger conversation of the way society addresses (or doesn’t, as the case may be) rare diseases.

The film is currently raising post-production funds on IndieGoGo, and we asked Michaela about her project and the larger story it illuminates.

What inspired the In Crystal Skin project?
I first visited a Colombian orphanage in 2011 as a documentary photographer. It was here I met Nixa and her older sister Nury, both of whom were born with EB and continue to struggle with this disease. The sisters wrap their limbs in plastic to minimize damage to their raw and fragile skin. Life with EB has proved isolating; the sisters draw stares on the streets of Bogotá, whether on their way to a medical appointment, or just out for a walk. Despite their challenges, the sisters are a feisty, resilient pair who fervently yearn for independence.

Inspired, I began an impromptu shoot, and upon my return to the U.S., shared the footage with editor Melissa Langer. Convinced of the story’s power, we embarked on the first of four return trips to Bogotá, scraped together with personal funds and vacation time. Over the course of the next three years, we uncovered a larger EB community, colored by different people and perspectives, yet united by a common struggle and setting. In Crystal Skin reflects this process of organic discovery, following four characters along their individual yet interwoven paths which combine in a universally resonant story of courage in the face of great odds. 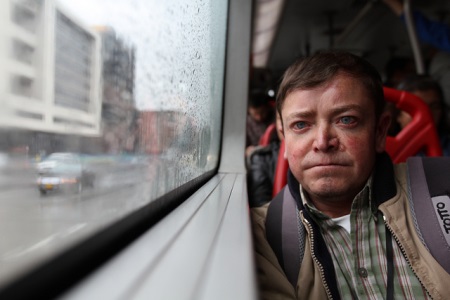 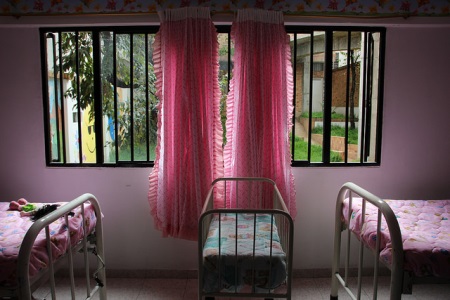 How does this film relate to the larger dialogue about rare diseases of all kinds?
This documentary will be a window into the untold story of a tireless network of individuals, parents, and doctors battling an orphan disease. Our film unearths the personal experiences of spirited individuals to create a portrait of just one of the world’s 7,000 rare diseases. These rare diseases affect 1 in 10 Americans and over 350 million people worldwide.

From the tight-knit neighborhoods of Bogotá to the bustling biotech firms of Boston, the struggle to understand rare diseases and how they affect our lives and our families reaches across continents to form a global community. In Crystal Skin ignites dialogue about managing life with a rare disease and reveals those at the forefront of developing life-saving therapies for EB.

Our IndieGoGo campaign is a chance to be a part of that dialogue and to be a part of a larger effort to bring these stories to light. Our donors’ generosity will help finish this documentary and in turn will help bring the experiences of people living with rare diseases out of anonymity.

Why are you choosing to crowdfund the project?
Creating In Crystal Skin has been an act of dedication and perseverance. What inspired us to create this film in the first place – the voices and stories of those living with a rare disease – is what drives us to complete a documentary which will reach a wide audience. We are turning to Indiegogo first to raise money to complete a film which deserves to be shared, but also to establish a relationship with the many individuals experiencing life with a rare disease and those involved with patient advocacy, EB & rare disease research.

The In Crystal Skin IndieGoGo campaign is raising funds through 7/1/14.

Michaela O’Brien is a filmmaker, producer, and photographer based in Boston, MA. When she is not behind the camera, she works as an Associate Producer at Northern Light Productions located in Allston, MA.

Images: all photos by Michaela O’Brien: Melissa Langer places lav mic on interview subject, Maria Alejandra; cribs in an orphanage, Bogota, Colombia; Miguel watches the city pass him by as he rides the Transmilenio to work.