This Sunday’s Boston Globe had an intriguing article about Barrington Stage Company’s Musical Theatre Lab and its development of the new musical See Rock City & Other Destinations, now showing in Pittsfield.

That’s the same group that brought The 25th Annual Putnam County Spelling Bee to light (specifically, the light of a cafeteria in Sheffield, where it was first performed; the show would later bask in the refracted glow of two shimmery Tonys). From the sounds of it, Western Mass. is gaining traction as a place to incubate new works of musical theatre. 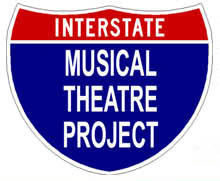 We recently heard from L.A.’s Academy for New Musical Theatre, hoping to attract a Bay State musical or two for their Interstate Musical Theatre Project. The ANMT is reaching out to musical theatre artists in Massachusetts (and the other 49 states) in an effort to create an interstate network of musicals – like what Eisenhower did with highways, only with showtunes and dance numbers.

The Interstate Musical Theatre Project aims to spark and foster new musicals throughout the country by sponsoring a contest (winner receives $10,000 and a concert reading), beginning October 15. Given that the project costs $6000 to participate, the real draws are the three workshops in L.A. (recorded and privately streamed on ANMT’s site so participants can return to them as well as see the workshops of other new works) and ongoing dramaturgical support from the ANMT.

Each musical should explore American themes or culture, specifically “interstate” — which might mean anything from state-to-state relations/politics/controversy, interstate highway transportation, inter-state commuting, long distance relationships, historical events, or anything in between.

The staff of the Academy for New Musical Theatre will guide each state’s musical from idea to outline to first draft, providing workshops and support at every step along the way.

Complete information about the Interstate Musical Theatre Project at the ANMT website.