You are here: Home / arts business / The Arts Criticismosphere 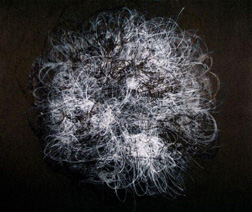 It’s no revelation that print space for arts criticism has been steadily diminishing. (We wrote about how this affected the Boston dance community in one of our first posts.)

CRITICAL MASS, the blog of the National Book Critics Circle, has been sounding the alarm about shrinking book sections in newspapers, recently reporting on scale-backs in book reviews at the Newark Star-Ledger, Chicago Tribune, and LA Times.

One bright spot may be the growth of online arts criticism. According to a Publisher’s Weekly story, the book page of NPR.org is increasing its reviews and adding more original, stand-alone content. Then there’s the bustling community of independent bloggers reviewing books – such as Bookdwarf, a book industry blog with punchy takes on current books, written by one of the buyers of Cambridge’s own Harvard Book Store.

The Arts Fuse, a site founded by former WBUR arts critic and PRI’s World Books editor Bill Marx, makes a persuasive case for the Web as fertile grounds for arts criticism. The site features Marx’s theater reviews as well as writers covering dance, visual arts, music, and other media. As suggested by the Jonathan Swift quote in the site’s banner – “Use the point of your pen, not the feather.” – Arts Fuse’s criticism doesn’t dull its edges, favoring the probing and provocative over the nicey-nice.

Are there other sites devoted to New England arts criticism, not mentioned here? Feel free to leave a comment and round out the picture.