You are here: Home / professional development / String theories: a roundup 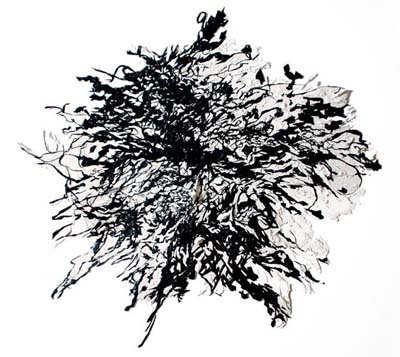 Not sure how closely the tongue and the cheek are aligned in this one, but in the music blog of the UK’s Guardian, Steven Wells argues that the guitar needs to go the way of the gamer: lose the strings in favor of Guitar Hero-esque buttons. “Why are they still making guitars with ‘real’ strings that are difficult and boring to learn how to play and really make your fingers hurt?” he asks. “What is the point? Do we still slaughter our own cows? Dig our own wells? Work in the turnip fields for 18 hours a day, six days a week? No. Buttons have proven themselves to be much easier and more efficient.” Predictably, there are lots of, um, dissenting opinions expressed in the comments section.

The Berkshire Creative blog quotes the New York Times, noting a neat-o bright side to the nation’s economic crumminess: sales by independent craft artists are up.

Speaking of craft artists, in the Boston Handmade blog, Nancy Rosetta shares an experience that no doubt happens all the time but doesn’t always command the spotlight: artists commissioning other artists.

Two items film & video artists should check out at the always-intriguing New England Film site: first is the announcement of an online film festival, running from September 1, 2009 through October 16, 2009, of films under 30 minutes. Look for an official call for entries to be announced this month. What’s more, Lynn Tryba shares insight she gained at a recent workshop on raising money for your film, with fundraising guru Morrie Warshawski.

At Gasp!, writer Laura Axelrod shares candid, clear-eyed testimony about how her career pursuits as a writer sank her into debt. I love this post for challenging the notion that if you don’t make risky investments (i.e. max out your credit cards) now, you’re somehow not giving yourself a vote a confidence in your eventual success as an artist.

The NewsHour Art Beat blog shares a weekly poem, American Sublime… which just so happens to be by Elizabeth Alexander, the poet commissioned to write for President-elect Obama’s inaugural ceremony.

I’ve heard/read numerous whisperings, besprent about the web and artists’ teeming brains, about whether a new Works Progress Administration (WPA) for artists could emerge under an Obama administration. In an intriguing post, Arlene Goldbarb envisions what an Obama-administration arts WPA might actually look like.

Speaking of art and gov’t: have you heard about the online petition to persuade President-elect Obama to create a Secretary of the Arts cabinet post? (The idea purportedly originated with musician Quincy Jones.) Parabasis, a theater, arts, and politics blog that approaches topics with a blend of smarts and humor, takes the idea of a federal-level arts czar a step further by asking, “Why do we need one?” and coming up with some fascinating answers.

Think for a moment about the way science is funded by the government. Science is funded by all sorts of different agencies and quasi-gov’t entities. You have the NIH, the Army Corps of Engineers, NASA, the NSF etc. and so forth. Some of it is very practical and has to do with societal needs, some of it is basic/pure scientific research. Who funds what might surprise you (did you know that the bulk of prostate cancer research is done by the army not by the NIH?).

Something similar could be done for the arts, thus freeing up the NEA and State Arts Councils to do what they were originally designed to do: fund the creation of art, be the Pure Research arm.