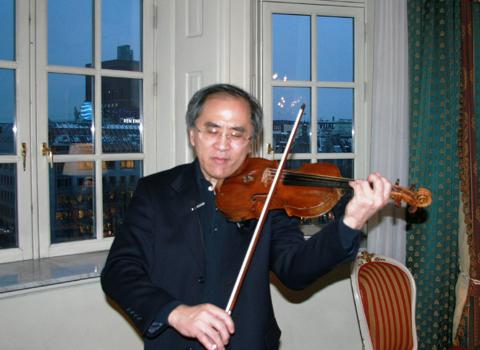 Liu Xiaobo is currently imprisoned in China, and Chang was invited to the Nobel ceremony to honor the Chinese writer and human rights activist.

Chang teaches at a number of Boston-area institutions, including the Boston Conservatory, Boston University, MIT, and the New England Conservatory of Music.

Hear Chang play at the ceremony, on WBUR, and read a Boston Globe editorial about Chang’s decision to attend.