You are here: Home / photography / Hold the Mustard 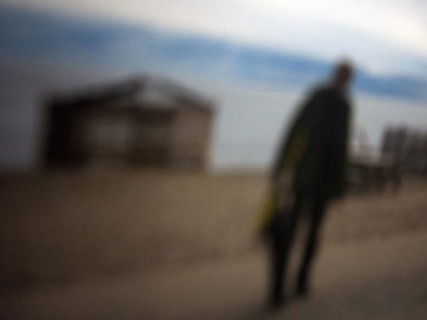 Before the Herring Cove Beach hot dog stand was designated to be razed due to tidal erosion, Provincetown artist Marian Roth did something better than ordering a bun with processed meat; she turned the building into a giant pinhole camera, thus creating a tasty victory for both art and vegetarians. Here in her own words is the multi-talented Marian.

Image credit: Marian Roth, The Park Ranger Going Home, 2012, 16 x 20 in, projection on the wall of a pinhole camera made by converting the hotdog stand at Herring Cove Beach, Provincetown, MA.