Three past fellows/finalists are participating in Pioneer Women in Wonderland at the Paper City Project Space in Holyoke, Mass. The exhibition includes work by Cynthia Consentino (Crafts Fellow ’07), Karen Dolmanisth (Sculpture/Installation Finalist ’03), and Sandy Litchfield (Painting Fellow ’06), and is on view through July 31, 2010.

Steve Almond (Fiction/Creative Nonfiction Fellow ’08) presents Rock & Roll Will Save Your Life: The Musical, billed as “An evening of words, music, drinks, dancing, and bad hair,” on Thursday, July 8, at 8 PM. The event takes place at Club Oberon in Harvard Square, and will feature Steve reading from his new book and music by Dayna Kurtz. Buy tickets and/or check out the event’s Facebook page.

Congratulations to Claire Beckett (Photography Fellow ’07), selected as the Magenta Foundation Flash Forward 2010 Award Winner! Her work will be featured in the Flash Forward 2010 book, and in the Flash Forward Festival, scheduled for October. Meanwhile, see Claire’s arresting photography in the show In Training: Soldiers Before War at the Gallery 303 at The New England Institute of Art in Brookline. The show runs July 19-September 8, with an opening reception Monday, July 19, 5:30-7:30 PM.

Liza Bingham (Painting Finalist ’10) is in a three person show with Alice Denison and Cathleen Daley at the Alden Gallery in Provincetown. The show opens Friday, July 16, 2010 (reception 7 to 9 PM) and shows through July 29. 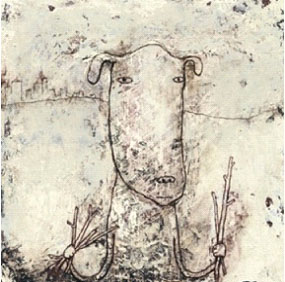 Rebecca Doughty (Painting Finalist ’10) is among the artists in a group exhibition of new work at the Schoolhouse Gallery in Provincetown. The show runs July 16-August 4, 2010.

Michael Dowling (Playwriting Fellow ’09) will have a staged reading of his new play Tamarack House at the Mahaiwe Performing Arts Center in Great Barrington. The reading, which is presented by the Berkshire Playwrights Lab in association with the Atlantic Theater Company, will take place on Wednesday, July 14, at 8 PM. The play is about a boarding house – run down but harboring potential – in a bucolic New England town. As developers encroach, the house’s residents need to act, and quick. Recently, the film version of Michael’s play Speck’s Last screened at Boston International Film Festival and the Berkshire International Film Festival. In other work as a theatre artist, Michael is directing Molly Sweeney, performing this month by the Chester Theatre Company in Western, Mass.

This coming year, Pagan Kennedy (Fiction/Creative Nonfiction Fellow ’10) will be in residence at MIT as a Knight Fellow in Science Journalism.

Kathryn Kulpa (Fiction/Creative Nonfiction Finalist ’10) is the editor of Newport Review and has organized upcoming reading events at Barrington (RI) Public Library on Wednesday, July 28, at 7 PM and Baker Books in Dartmouth, MA on Saturday, August 14 at 7 PM.

Dawn Lane (Choreography Fellow ’10) choreographed and directed “common ground” at the Harmon Center for the Arts in Washington, D.C., in June. Dawn’s Moving Company, a troupe of Community Access to the Arts in Great Barrington, was selected to perform at the International VSA Festival, which showcases the accomplishments of artists with disabilities. The Moving Company, the only Massachusetts performing arts group selected to appear at the D.C. event, also recently performed at the She’s Got Moxie Awards and Jacob’s Pillow Dance Festival.

Work by Scott Listfield (Painting Finalist ’10) is included in Crazy 4 Cult at Gallery 1988 in Los Angeles, CA. The show, which features artists re-interpreting cult classics, runs July 9-30. An opening reception on July 9, 7-10 PM, will feature an appearance by Kevin Smith!

Anne Neely’s (Painting Finalist ’10) work is included in the Northeast competition edition of New American Paintings. Juror Monica Ramirez-Montagut, Curator of the Aldrich Contemporary Art Museum, writes of Anne’s work: “Her paintings imagine an environment that goes beyond the human surface into the underground, exploring the possible colors and textures of sediment and strata. They depict wonderful surprises, like large bodies of water, yet the richness and possibility evident in these invented landscapes exist on planes not accessible to us.”

Nancy K. Pearson (Poetry Finalist ’10) will join novelist and short story writer Heidi Jon Schmidt for a reading at the Wellfleet Library, Thursday, July 29, 8 PM (CANCELLED: due to unforeseen circumstances, Nancy has had to cancel this appearance).

Evelyn Rydz (Drawing Fellow ’10) has work in The Pencil of Nature, a group exhibition exploring the dialogue between drawings and photographs, at Julie Saul Gallery in NYC. The show runs July 1-August 20, 2010, with an opening reception on Thursday, July 8, 6 to 8 PM. 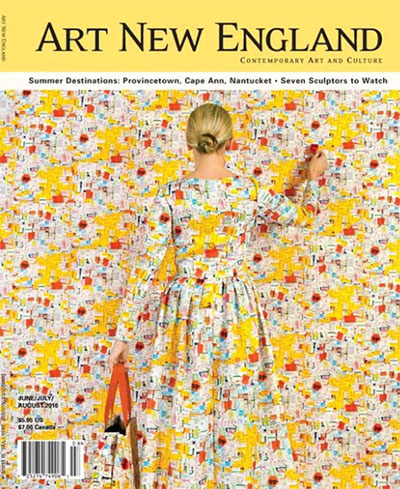 Sarah Slifer (Choreography Fellow ’10) joins U.K.-based interdisciplinary performer Vincent Cacialano for Plex at the Essex Shipbuilding Museum, July 9th, 7PM. On August 11th, she will perform a new duet with dancer Jimena Bermejo in a group evening of pieces that play with perception, at Club Oberon in Cambridge.

My Name is Art, a short play by Peter Snoad (Playwriting Fellow ’09) will be performed at the Short and Sweet Festival in Singapore July 21-25, and at Salem Theatre Company in Salem, MA in its “Moments of Play” festival July 22-25. Peter’s new full-length play, Identity Crisis, a comedy about race and identity, is one of four finalists in the annual new play contest of Centre Stage-South Carolina and will receive a staged reading in Greenville, SC in October. More information at: www.petersnoad.com.

Julia Story (Poetry Finalist ’10) will read from her book of poems, Post Moxie, as part of the Deep Moat Reading Series. The reading will take place on July 24, at 7 PM, at the Pierre Menard Gallery in Cambridge.

Poetry by Daniel Tobin (Poetry Finalist ’10) is included in the most recent issue of Salamander.

Rachel Perry Welty (Sculpture/Installation Fellow ’09, Drawing Fellow ’04) is featured in the June/July/August 2010 issue of Art New England (pictured above), is participating in the exhibition Incognito: The Hidden Self-Portrait, July 15 – August 27, 2010, at the Yancey Richardson Gallery in NYC, and is showing new work in the group exhibition At the Edge at the Portsmouth Museum of Art, in Portsmouth NH, through July 11, 2010. More good news: the Baltimore Museum of Art has acquired one of Rachel’s fruit sticker drawings for its permanent collection. You can follow Rachel’s near-daily performances on Twitter.

Judith Wombwell (Choreography Fellow ’10) recently joined with Kathryn Alter to present Intersect/Integrate, an evening of works that explore different stages and phases in life and relationships, at the Dance Complex in Cambridge. Both choreographers presented new work, and Kathryn Alter (a NYC-based dancer working with the Limón Company) danced in Judith’s work “Shed.”

Jeff Zimbalist’s (Film & Video Fellow ’05) documentary The Two Escobars has been getting ecstatic reviews, including an A grade from the hard-to-get-A’s-from-people at The Onion’s AV Club! Check out more on the film’s Facebook page.