This Valentine’s month, we *heart* this news from past Fellows/Finalists. 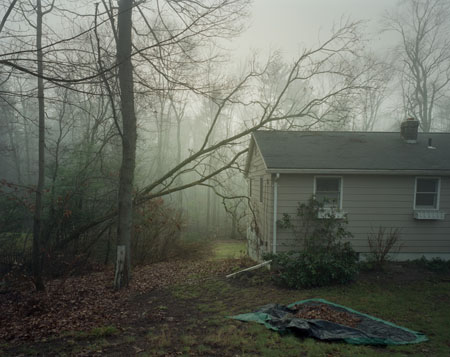 Joo Lee Kang and Debra Weisberg are both exhibited in Skies Water & Death at the Distillery Gallery in South Boston (thru 3/21).

Elizabeth Alexander‘s intricate solo exhibition Treacle Well is at Boston Sculptors Gallery (thru 3/9). A showcase of several bodies of sculpture, collage, and installation, the exhibition suggests a garden party, with infusions of memory and fairy tale. There will be a Tea & Cake event 3/1, 3-5:30 PM and closing reception 3/7, 5-8 PM).

For one night only, the Steven Bogart‘s co-created play Interference will be performed at the Oberon (2/12, 8 PM), by Liars and Believers. Steven discussed the work in a recent ArtSake post.

Mary Jane Doherty‘s film Secundaria was recently (2/3) shown at the Dance on Camera Festival at the Film Society of Lincoln Center, NYC. It will also show in the FICCI festival in Cartagena Columbia in March.

Rosalyn Driscoll‘s work will be in exhibitions this spring in Cuzco (Peru), Nancay (France) and Berlin. In June, her London-based collective, Sensory Sites is producing an installation-event, Water Water Everywhere, in collaboration with The Center for the Study of the Senses in London, a group of scientists and philosophers researching and rethinking the senses.

Ralf Yusuf Gawlick‘s new 8-voice a cappella Mass, Missa gentis humanæ, will receive its world premiere (2/17, 8 PM, Church of St. Ignatius of Loyola) by Julian Wachner and the elite, Grammy-nominated Choir of Trinity Wall Street from New York. The work will also be recorded for the internationally distributed label Musica Omnia at that time.

Lisa Kessler‘s solo photography show Seeing Pink will be the inaugural exhibition at Fitchburg State University’s new Hammond Hall Art Gallery (thru 3/28, talk and reception 2/12, 5 PM). Another show of her work, In the Pink, will be exhibited at Danforth Art, Museum\School, Framingham, MA (4/5-6/15, Artist Talk and Reception 4/6, 4 PM).

Scott Listfield was in the LA Art Show in the Littletopia section, at the Breeze Block Gallery booth.

Rania Matar has photography exhibitions, currently or upcoming, in Houston TX, Dearbon MI, and Bangkok Thailand. Other recent highlights: The Daily Beast and Sebastian Smee from The Boston Globe, respectively, selected She Who Tells a Story at the Museum of Fine Arts, Boston as a Must-See and Best Contemporary Group Show of 2013.

Anna Poor‘s work was recently on exhibit at the Sladmore Gallery in London.

Monica Raymond‘s oil pastel on paper Squares from the Pink Quilt, Patins from the Green Snake is in the Abstractions show at Cambridge Center for Adult Education.

John Schoneboom, past winner of an MCC Artist Fellowship Award in Playwriting, is publishing his first novel, entitled Fontoon, through Dedalus Books (based in Cambridge, England). It’s due out in April – see a promo video.

Elizabeth Whyte Schulze, part of the All Things Considered VII: National Basketry Juried Exhibition at the Fuller Craft Museum, has a talk to mark the closing of the exhibition, at the Fuller on 2/23, 2-4:30 PM.

Tracy Winn‘s story “Another Way to Make Cleopatra Cry” is featured on the audio literary magazine, The Drum.

Image: Rachel Loischild, FALLEN, BELCHERTOWN, MA (2011), color photograph, 24×30 in. Rachel is one of the photography artists in MCC Artist Fellows and Finalists Photography Exhibition at the New Art Center.