Our August collection of news and notes from past MCC Fellows/Finalists is very august indeed. Way to be month/adjective appropriate, all! 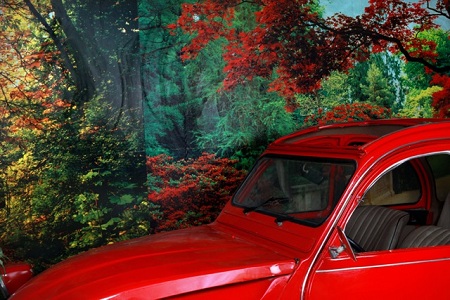 Elizabeth Alexander (Sculpture/Installation Fellow ’11) has a solo show, Welder’s Daughter: Safe and Powerless, at the Bromfield Gallery in Boston. The show runs August 3-27, 2011, with an opening reception August 5, 6-8:30 PM. Also, Elizabeth is one of the artists exhibiting in Art Encounters Preservation, showing from until October 15, 2011 at the Wentworth Coolidge Mansion Museum in Portsmouth, NH. Recently, Elizabeth was interviewed in Open Letters Monthly.

Claire Andrade-Watkins (Film & Video Fellow ’09) announced that SPIA Media Productions, which she founded, has launched a new online digital distribution project that includes SPIAVISION mini.doc, a series of documentary shorts available online and accessible with barcode for scanning by iPhones. SPIA Media Productions is also debuting Live from 02903, a blog about the Fox Point Cape Verdean community, which has been, in part, the focus of Claire’s documentary film work. Atlantic Portals, the second film in Claire’s trilogy in feature documentaries about the Cape Verdean community in the Fox Point neighborhood of Providence, RI, is now in post-production. 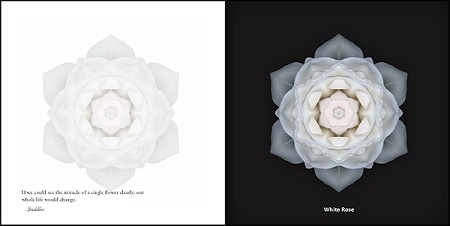 Sarah Braman (Sculpture/Installation Finalist ’09) is among the artists in Not About Paint, curated by Evan Garza, at the Steven Zevitas Gallery in Boston, through August 20, 2011.

Tory Fair (Sculpture/Installation Finalist ’11) has a solo installation, Testing a World View (Again), at the deCordova Sculpture Park and Museum in Lincoln, MA. The installation, which features four figures created from fiberglass, aluminum, and wax, will be on exhibit through April 29, 2012. Tory will join filmmaker Robb Moss for a discussion on Saturday, August 6, 2 PM, as part of the PLATFORM Discussion Series. The two artists will explore how the body and nature feature into the creative work and process.

Eric Gottesman‘s (Photography Fellow ’09) Sudden Flowers: May the Finest in the World Always Accompany You, a book of photographic short stories and fragments that describe the lives of 23 children affected by HIV/AIDS in Addis Ababa, Ethiopia, is forthcoming from Umbrage Press. Eric has launched a Kickstarter campaign to raise funds for the project and the book’s publication. As mentioned above, Eric is currently in the East Meets West show of Artadia Awardees in San Francisco; as part of that exhibition, Eric will participate in an artist talk on August 3 at the San Francisco Art Institute. Also, Eric’s work Tinsae, an installation based on Eric’s decade-long photographic conversation with an Ethiopian boy named Tinsae Muluneh, is at Real Art Ways in Hartford, CT, through Sunday, October 2, 2011.

Masako Kamiya (Painting Fellow ’06, ’10) has a solo show of paintings, called Dialogue, at the Tobin Ohashi Gallery in Tokyo, Japan, through August 28, 2011. 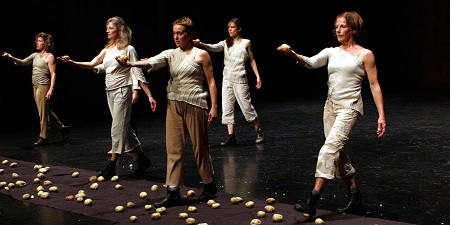 Dawn Lane (Choreography Fellow ’10) will premiere a new work of dance, one potato, two potato, at the Doris Duke Theatre at Jacob’s Pillow on September 2, 2011 (8 PM) and September 3, 2 PM and 8 PM. The work draws on aspects of Irish culture & history (i.e. knitting, the famine and Irish dance) to explore perceptions of excess, wastefulness, having enough, or nothing. Dawn’s MCC Fellowship, as well as a Jacob’s Pillow Dance Festival Creative Development Residency, helped pave the way for the new work. One potato, two potato is presented in cooperation with Jacob’s Pillow Community Dance Programs and Community Access to the Arts.

Caitlin McCarthy (Playwriting Finalist ’11) won two awards at the 2011 Action on Film International Film Festival: the “Best Drama” screenplay award for Cape Cod Lite; and the 2nd place group award for the AOF Writers’ Room Invitational short screenplay Lockdown High. Lockdown High was written as part of the first-ever AOF Writers’ Room Invitational. The short was filmed by AOF, and screened during the festival. Read about the awards in the Worcester Telegram & Gazette.

Gary Metras (Poetry Fellow ’84) contributed a “Teacher Vignette” about “The Class Clown” to the new book The American Public School Teacher by Darrel Drury and Justin Baer (Harvard Education Press, 2011). Also, five of his poems were published in the Summer 2011 issue of the online literary journal, PoetryMagazine.com. Finally, a three part interview with Gary, called Fly Fishing and the Art of the Chapbook, appeared on the Which Silk Shirt blog.

Stephen Mishol (Painting Fellow ’08) has a solo show, In Place, at the Ellen Miller Gallery in Boston, through August 13, 2011.

Daniel Ranalli (Drawing Fellow ’10) will exhibit in Outermost at the DNA Gallery in Provincetown. The show will include Daniel’s new work as well as some highlights from his Provincetown Art Association and Museum survey show Traces: Daniel Ranalli, Cape Work 1987-2007 which ran through the fall and winter of last year. Outermost runs August 12-25, 2011, with an opening reception Friday, August 12, 2011, 6-10 PM.

Monica Raymond‘s (Playwriting Finalist ’07, Poetry Finalist ’08) script A to Z beat out over a hundred scripts to win the Ruby Lloyd Apsey Award for a new play about race or ethnicity. There’s a $1000 prize, a staged reading at the University of Alabama, Birmingham (date TBA) with the possibility of a full production. Monica wrote the play during her recent Jerome Fellowship at the Playwrights’ Center in Minneapolis, MN. 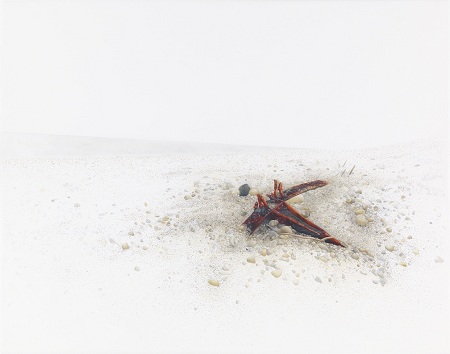 Evelyn Rydz (Drawing Fellow ’10) has drawings in a group show at the Joshua Liner Gallery in NY. The show runs August 4-27, 2011, with an opening reception is Thursday, August 4, from 6–9 PM.

Congratulations to Candice Smith Corby (Painting Fellow ’08), who was one of seven artists to receive a $1000 award in the Dave Bown Projects Semiannual Competition. Candice’s work was among submissions from at least 34 countries.

Nicky Tavares (Film & Video Fellow ’11) received a Pre-Production grant from the LEF Foundation in support of her documentary-in-progress, Son of a Bug. Son of a Bug is a feature-length experimental documentary about The Bugs, the first Pakistani rock band (formed circa 1964).

Cam Terwilliger‘s (Fiction/Creative Nonfiction Fellow ’08) story “Man and Machine,” which won him his MCC Fellowship, was published in Narrative Magazine. Also, Cam was recently featured in Somerville Journal, in an article about “Voices of the Somerville Home,” a weekly memoir writing class he designed and teaches at The Somerville Home residential care facility.

Jim Wolpaw (Film & Video Fellow ’03, with Steve Gentile) received a grant from the Rhode Island Council for Humanities for Finding Lovecraft, co-directed with Cat Hainfeld. Finding Lovecraft: Life is a Hideous Thing explores the life and work of HP Lovecraft, using an innovative mix of narrative and documentary storytelling (Jim received his MCC Fellowship for Loaded Gun, a film about another New England writer – Emily Dickinson). 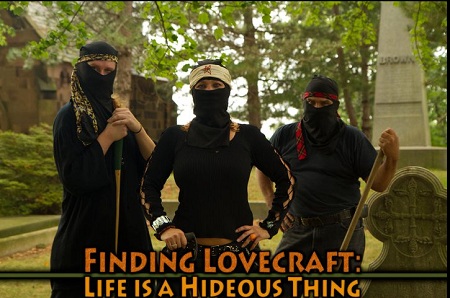