Italy may take off the whole month of August, but past MCC Fellows/Finalists are busy bees! Here are this month’s news and notes from past MCC awardees. 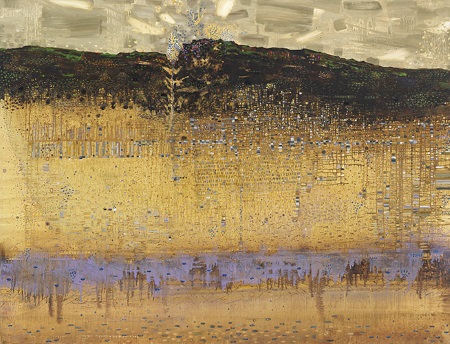 John Cameron and Timothy Coleman both have work on exhibit at the Furniture Masters pop-up gallery, 127 Newbury St. in Boston (thru 8/15).

Congratulations to Kelly Carmody, who won the inaugural Walter Feldman Fellowship from the Arts and Business Council of Boston.

Carrie Gustafson has work at the North Water Gallery in Edgartown (thru 8/20).

James Heflin won the Poet’s Seat Contest (and actually gets to keep the chair through the duration of the post).

Joel Janowitz has a solo show of paintings, Great Spruce Head Island, at gWatson Gallery in Stonington, Maine (thru 8/23).

Mary Bucci McCoy is in the two-person show Reconfiguring Abstraction at the Fort Point Arts Community Gallery (thru 9/18, reception 8/21, 5-7 PM). The artist is now represented by Gray Contemporary in Houston, Texas. She’s in a group exhibition (8/15-9/25). She was awarded a residency and merit-based grant from the Vermont Studio Center for the month of February 2015. Also, she will be the Visiting Critic for the Senior Fine Arts Seminar at Montserrat College of Art in Beverly, MA for the fall semester.

A story by Deborah McCutchen was selected for inclusion in the Fish Prize Anthology.

Caleb Neelon‘s new mural will be the centerpiece of an upcoming celebration at Worcester PopUp (8/15, 4-6 PM), marking the completion of the mural and featuring young artists of the HOPE Coalition.

Anne Neely has collaborated with sound artist Halsey Burgund to create Water Stories: Conversations in Paint and Sound, at the Museum of Science. The exhibit, an exploration into water’s unifying role in our world and the many ways humans affect it, will be on view until January 2015.

Jo Ann Rothschild is in the group show The Intuitionists at The Drawing Center in NYC (thru 8/24).