You are here: Home / useful links / Ex’s: a roundup 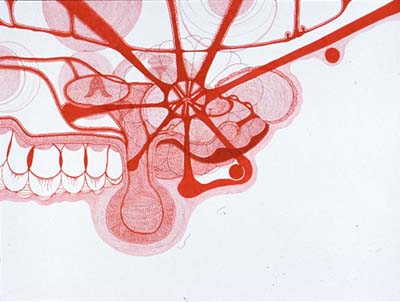 Exhortations
I thought I’d start with a couple of posts exhorting art action (or action art). The always resourceful Practicing Writing blog drew attention to this intriguing call to nominate your favorite blog posts (by you or other people) to appear in the publication The Best Creative Nonfiction, Volume 3.

NaPlWriMo challenges playwrights to write a play – a completely new script (no cheatery revisions of old drafts, playwrights!) – in the month of November, and to share the experience using its online forums.

Examiners
We work with really top-notch reviewers for our Artist Fellowships Program, so it should be no surprise when they do good things. Still, the good things are surprisingly copious this week. Company One has begun rehearsing for its upcoming production of Voyeurs de Venus by Lydia Diamond (who reviewed for our Playwriting Artist Fellowships), and between rehearsal calls, pratfalls, and fourth walls, they’re blogging about it.

We yell “super great job!” to Rigoberto Gonzalez (also a past Poetry reviewer for us), just named the next resident poet at Frost Place in New Hampshire.

If you’re going to do an email interview, author Tayari Jones (past reviewer for Fiction/Creative Nonfiction) wants you to do it right and has some ideas to that effect.

Go see Kevin Prufer at the Blacksmith House in Harvard Square next Mon, Oct 27. Why? He’s reviewed for our Poetry Artist Fellowships. But more importantly, he’s a much-admired poet. Those prone to martial arts analogies might say that if his poetry were a ninja, it would be nigh impossible to elude its creeping death. Luckily, his poetry is poetry, and neither I nor anyone I know is so prone. He reads with Jill McDonough, a poet who, like Kevin, has received an NEA fellowship for her troubles.

Excitements
The week is filled with online art happenings to make a Bay Stater glow with pride. First, at a site whose name Im assuming is a mash up of the words “books” and “LUT” (acronym for “lookup table” in computer science lingo I guess?), Massachusetts publisher Gavin Grant (Small Beer Press) interviews Massachusetts young adult author MT Anderson (The Octavian Nothing books).

CinemaTech shares video from the “Tech @ the Movies” panel in Cambridge about our state’s role in the technological development of the film industry.

Our commonwealth, indeed our country, was founded on enlightened principles that recognized the vital importance of activity beyond the quotidian. We seem, however, over the course of time and under the burdens of tight budgets to have devolved into a utilitarianism that may have us worry about diffusing a “knowledge”–the use-value of which can be measured easily– but that leads us to a systemic wariness about activity in service of achieving those other ideals–of wisdom and of virtue–which are, to use the coin of our achievement realm, “less testable.”

Well said. And with that…
Exeunt