You are here: Home / film/video / Doc funders take the field 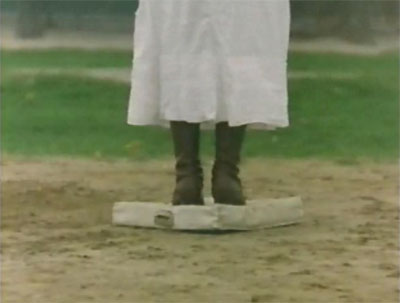 As an independent filmmaker, it’s easy to feel like a lone slugger, expected to play all aspects of the game yourself. Luckily, New England documentary filmmakers have two opportunities this month to engage directly with local foundations, who will field questions about their funding programs.

LEF Foundation will be holding a workshop on Monday, August 17, 6:30 8:30, at the Film Posse office in Boston, to discuss the new deadline structure for its Moving Image Fund, which supports documentary filmmakers in New England. Our Daily RED has more details. To RSVP to the workshop, call the LEF foundation at (617)492-5333 or email sara(at)lef-foundation(dot)org.

Then, you can hear from – or “read from,” as the case may be – LEF Foundation Program Manager Sara Archambault, as well as Hayley Wood from Mass Humanities, in an hour-long online chat at NewEngland Film on Tuesday, August 25, 2009, at 1 PM. Both will discuss how to apply for grants at their particular foundations, as well as about funding for docs in general, in these parts.

Image: Still from LOADED GUN (2003), a film by Jim Wolpaw and Steve Gentle. Jim and Steve, along with being MCC Film & Video Fellows in 2003, received funding from both LEF Foundation and Mass Humanities to create LOADED GUN. Click the image to see a video clip.