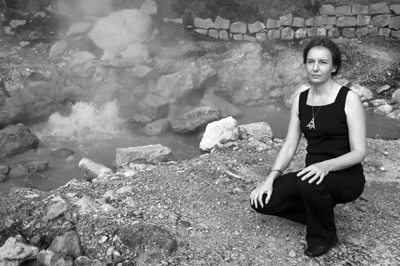 Since 2005, Boston-based artist Christine Arveil has been creating an abstract volcano expressed through writing and painting. The Volcano Project was first installed in 2009 in the Azores islands; key pieces return to Boston and will be on view at the Massachusetts State House, Doric Hall, June 1-11.

What was once the expression of the imagination of a singular artist – the Volcano Project – has met the Azorean collective memory of an historical event – the eruption of the volcano – that is part of the identity of the new American-Azorean generation. Arveil’s artwork assembles organic paintings in vibrant shades of red, white sculptures incorporating Azorean deep-black basalt stones, and stone-drawings displayed over metal stands. Ilha Ardente – Ember Island installs an island of art which strength bridges lands and cultures.

Five years ago, I painted a vertical red image of a new kind, The Price of Freedom. A powerful piece that both intrigued and challenged me, as its elusive complexity precluded any attempt at reproduction. 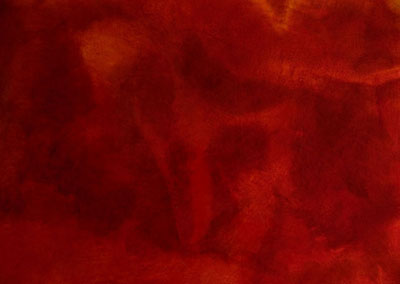 Around the same time, I began writing a new novel. I was intensely drawn to this fiction, which setting and new style fascinated me more than any of my previous writings. I refined it over three years, focusing on crafting sentences and words that would embody rather than simply describe the art creation process. The vision was that of an imaginary volcano, inhabited by a sculptor; both vision and fictional character sustained my drive for new creations in the painting medium, and revealed an autobiographic undertone. The medium I use on my gesso/panel is based on violin varnish, and as unfit to painting as flowing lava is to sculpting, but allows me to elaborate organic images. I visually “built” the Volcano all over again in expressing how burning life is. 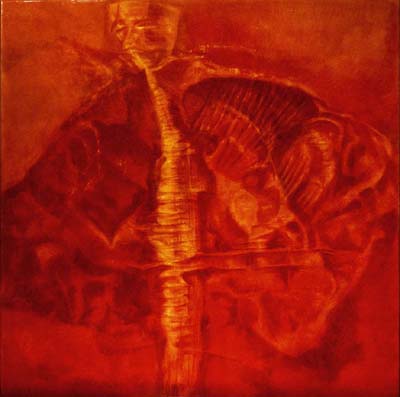 All of this remained secluded in my studio, until it reached a critical mass and people started to know about my projet fou. My husband suggested that we should look for the location, so far unknown to me, of the volcanic fault that I had so precisely described; we visited several islands before finding the area of Ferraria, Azores. In this location, my art, a work of pure imagination, was now been invested by the Azorean world, its land and its people. When I started my Volcano Project in 2005, I had not foreseen that my abstraction would embed itself deeply into real ground beyond my own, nor resonate with so many people. 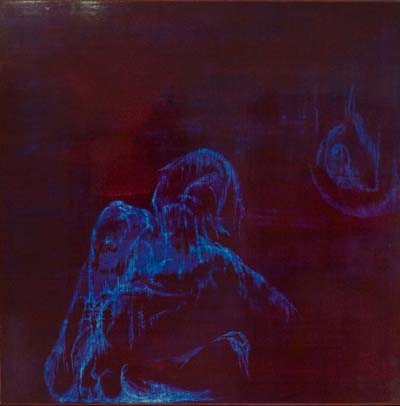 The first installation of 70 pieces of the Volcano took place in São Miguel in September 2009. In Boston today, the invitation to present part of the Volcano Project at the Portuguese Heritage weeks came as a surprise and a great honor. Lava flows had changed the destiny of the Azorean people and drove their families to America. Time passing, the narration of the event from generation to generation made the volcano legendary. Seeing my artwork mirror these memories and bridge cultures, shows that when the emotional charge remains and facts blur, art may become the medium of expression. 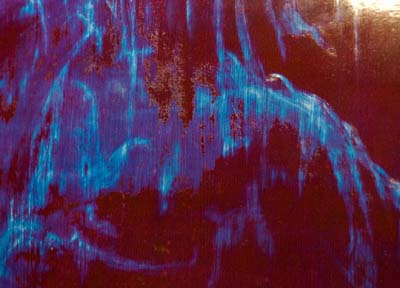 While news of the recent Icelandic and Indonesian eruptions cast more realism each day over my creation (in the spectators’ view), my art process remains centered on inner feelings and solitude. In this dialogue, meaning lies at the center of talk. Meaning is the currency of the emotional exchange.