You are here: Home / professional development / Art+MASS: a roundup 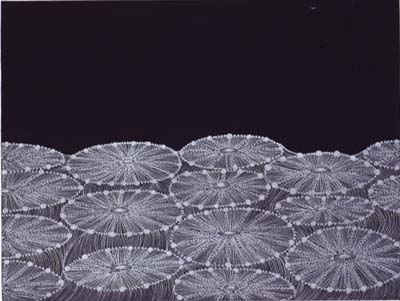 James Hull, of Green Street Gallery and Laconia Gallery, makes the move to the New England School of Art and Design, where he’ll take over as gallery director. Matthew Nash shared the story on Our Daily Red, blog of the funky online art concern Big RED & Shiny. Speaking of Mr. Nash, he has an interesting take on LEF Foundation’s shift to focusing on independent film and the impending end Contemporary Works Fund.

Surely the loss of this reliable source of funding will have broad impact, but any arts community that cannot survive the loss of a single funding source should be asking some tough questions of itself. We need to seek other avenues for generating revenue, create interest and support for the contemporary art throughout New England, and bring in outside investment. The end of the CWF will usher in a new era for arts funding in New England, that is certain. Are we up to the task?

Salvatore Scibona (Fiction/Creative Nonfiction Fellow ’06) is on the move to share his new novel, The End. If you’ve been following this blog, you’ll remember his fascinating discussion of the book here, and he’s been touring to continue that discussion in such far-flung places as Ohio, New Mexico, and Washington. Martha’s Vineyard residents will have the chance to hear him read as he joins poet Justen Ahrens for an event at West Tisbury Free Public Library on Saturday, August 30, 5:30 PM.

Over in Boston-town, the Rose Kennedy Greenway Conservancy is closing in on its October 4 Inaugural Celebration. The Greenway and UrbanArts Institute currently have a call for entries to all Massachusetts artists for existing sculptures and installations to be exhibited in the Greenway October 1-November 2. Three to four works will be chosen based on quality, durability, and suitability. Selected artists will receive a $1000 stipend. Deadline is Friday, August 22. Official notice here.

Plays with New England or local themes are encouraged in the call for entries for Culture*Park’s 7th Annual Short Plays Marathon. The deadline isn’t until October 15, so you have plenty of time to cook up your 10-20 minute masterwork. Full details here. The Marathon (which will take place Saturday, November 22 in downtown New Bedford, MA, is sponsored in part by the New Bedford Cultural Council.

Fiction for President
Elsewhere on the map: a California bookstore asked young readers to weigh in on what fictional characters they’d like to run for president. Made me wonder what characters from Massachusetts-based authors might make good leaders of the free world. Commander-in-Chief Joey Pigza (from author Jack Gantos)? President Anastasia Krupnik (Lois Lowry)? Hail to the Chief… Octavian Nothing, Traitor to the Nation (MT Anderson)?

And then, there’s this: could a closer reading of Jay McInerney’s 20-yr-old Story of My Life have forecast the John Edwards affair?

See, it’s all in the art, people. Keys to the secrets of the presidency, the country, and the heart.