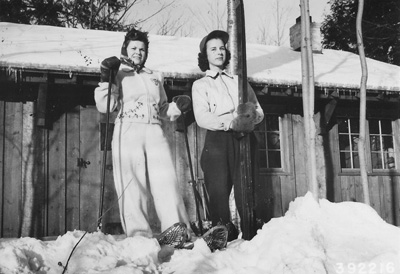 It’s coming. It’s December.  But that’s ok, because a little snow never stopped these gals from finding their next artist opportunity.

Full Length Plays Phoenix Theatre’s Hormel New Works Festival seeks submissions of original, un-produced full-length, bound scripts that are finished enough to profit from a workshop reading by professional actors but still open to revision. Do not send synopsis or screen plays. No multiple authors or collaborations will be accepted. Scripts may not exceed 100 pages of dialogue and must be bound in traditional script form. Cast size must be limited to 5 characters or less and no more than 3 locations.
Deadline: January 1, 2011

Fringe Festival Performers Get crazy funky in the woods of western Mass. The 2011 Berkshire Fringe seeks new works for the stage. Held in late July and August, the 2011 festival will feature three weeks of mind-blowing theater, dance, music and multi-media performances by emerging artists from across the United States.  Download application.
Deadline: February 15, 2011

Call to Artists Violence Transformed 2011 seeks entries in any medium for exhibition and digital projection at the Massachusetts State House and other curated venues in April and May. They welcome artworks that address issues of protest, refuge, and commemoration and imagine alternatives to violence. Deadline: February 18, 2011