You are here: Home / useful links / Acrostic: a roundup 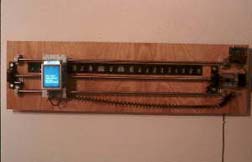 At Kino-Eye are nifty photos from the Berwick Research Institute’s recent Artist Encampment on Bumpkin Island. Ten groups of artists embarked to the Boston Harbor island with only the art supplies on their backs to “homestead” and adapt their creative ideas over five days. Berwick’s website called the project “part residency, part survivalist experiment, and fully impressionable, malleable, speculative and reflective.”

Recently, the Mellon Foundation announced it has awarded $10 million in organizational grants to support new plays. I’m amused by Culture Monster’s take on the announcement: “(With) state arts budgets being slashed as though they were screaming victims in a horror movie, every donated dollar helps.” Alas, no Massachusetts institutions were granted, but Massachusetts playwrights have been supported by some of the funded orgs recently, Sundance Institute named Kirsten Greenidge a Time Warner Storytelling Fellow, the Playwrights Center is currently hosting Monica Raymond as one of its Jerome Fellows, and Steppenwolf Theater Company produced Melinda Lopez’s play Sonya Flew in the 2006/07 season.

The theater world being an opinionated sort of place, it shouldn’t surprise you that not everyone was thrilled by Mellon’s move.

It appears that the worlds of Massachusetts photographer Sage Sohier are nearly perfect in the eyes of the We Can’t Paint photography blog.

Sly as ever, Alex Ross riffs on the intersection between contemporary composers and presidential politics, at The Rest Is Noise. (Don’t miss the YouTube clip; strictly on aesthetic, nonpartisan terms, the original jazz score accompanying Sarah Palin’s interview is too brilliant to miss.) Speaking of politics, the Globe’s Off the Shelf book blog shares how three publishers (including two from Massachusetts) are getting directly involved in campaign donations.

Good job, The Healing Arts: New Pathways to Health! The 2006 documentary was honored with a “Best of the Festival” award from the Focus Film Festival. And also, good job to director Benjamin Mayer, and also to Vermont Arts Exchange, who produced. Oh, and good job to us (MCC). Cuz we co-produced. So, an inclusive good job.

Exploring the indie film experience a little further… a California cinematographer discusses creative shooting and lighting decisions for an ultra-cheap indie shoot. (Props to the Filmmaker Magazine blog for linking to this first.)

Any arts administrators out there? Andrew Taylor has composed your theme song.

The old writing workshop chestnut “that’s dated” fails to hold up under poet and editor Elisa Gabbert’s scrutiny, at the Ploughshares blog.

(Did you catch the acrostic? Yipeee!!)